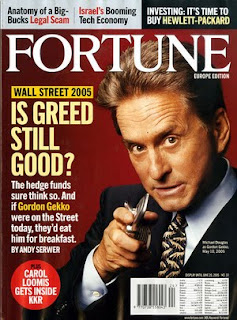 I was flabbergasted. I had to read the article three times just to be sure I wasn’t missing some essential qualifier. Here was the Washington Post equating Corporate Social Responsibility with chari....

“But the gulf oil spill and the financial crisis have taught us, rather brutally, that the heart of the relationship between business and society doesn't lie with the charitable deeds that companies do in their off-hours but whether they are doing their day jobs in ways that help -- or hurt -- the rest of us.”

Chrystia Freeland, global editor at large for Thomson Reuters, wrote the article “What’s BP’s social responsibility?” (Sunday, July 18, 2010). Google reader brought it to my attention and halfway through the first paragraph I was hooked - particularly at the point where Chrystia suggests, “I would like to suggest a third, inanimate culprit: the cult of corporate social responsibility.”

The premise of Chrystia’s article is that the oil spill happened because BP took their eye off the ball of doing business well. And she’s right. BP has made a big deal of their CSR focus, all the while neglecting the basics of good business such as safety standards. Compared even to the likes of Exxon, BP looks quite careless and uncaring when it comes to the triple bottom line of people, profit and planet. In one fell swoop, they’ve compromised the BP brand in all three areas.

But Chrystia doesn’t seem familiar with the most basic understandings of CSR. She believes CSR “muddies the waters” by involving companies in ancillary tasks such as education and the environment. “The job of business is to make money -- in BP's case by producing energy, particularly fossil fuels.”

By the conclusion of the article, Chrystia is echoing the war cry of Gordon Gekko in Wall Street with the declaration that we are all better off with “perfectly proper corporate greed” that is mitigated by legislation. Period.

She believes the great danger of Corporate Social Responsibility is as follows: “CSR, and the communitarian philosophy behind it, asks us to believe that the interests of an individual company and those of the wider community are fully aligned. They aren't -- a truth too many regulators forgot in recent years.”

(She may have lost the subtle irony Oliver Stone was looking for in his movie. Maybe the upcoming sequel will be more accessible for Ms Freeland....)

Ironically, Corporate Social Responsibility is exactly what Chrystia is explaining that BP should have been doing in the first place. Issues such as worker safety, mitigating environmental disasters and engendering the good will of consumers and stakeholders is good business and good CSR. The actual problem that Chrystia should be talking about, is the fact that BP was not, in fact, practicing CSR at all. Rather, they were practicing false marketing. Saying you’re doing CSR is not actually CSR. This is where Chrystia seems to be confused. She equates CSR with philanthropy meant to distract us all from what’s happening behind the curtain.

Time to grow up!

CSR is a quality of any mature company. Instead of acting as a teenager by testing the boundaries of what we can get away with, we are moving into an era of adulthood, where companies are finally embracing their earned roles of privilege and responsibility.

Sadly, Chrystia wrote the article without a thorough understanding of what she was talking about. Ultimately, she seems to be advocating for the plaudits of arrested development. (Another great show - but the dysfunction of which may lead Chrystia to think it’s about freedom and the American way. Sigh...)

We'd love to hear what you think on this important topic. Leave a comment or connect with us on the social web!

Comment by Marc Brenman on July 22, 2010 at 7:07am
This was not the Washington Post taking a position. This was an opinion column.
Marc Brenman

Comment by margie on July 22, 2010 at 7:48am
I hope you'll send this feedback/comment to the article through the paper.

Comment by Cathy Joseph on July 22, 2010 at 9:43am
I fully understand that Ms. Freeland's opinions are her own and not that of The Washington Post or Thomson Reuters, and support that she is entitled to her own opinion. However, Ms. Freeland's stance is directly opposed to the good CSR work that Thomson Reuters is championing – work that focuses on education and the environment. To me, this disconnect calls for a response from Thomson Reuters. If they have responded, I cannot find it.

Thomson Reuters posted a position this past spring for a global head of CSR – the same timeframe in which Ms. Freeland joined the organization. I haven't seen anything that indicates the position has been filled yet. When and if it is, getting alignment with the company's global editor at large and those that report up to her will be tough. Time will tell if Thomson Reuters is walking their talk or simply running a PR campaign.

Comment by Christopher Shea on July 22, 2010 at 10:01am
Right on, Chris! Ms. Freeland totally misses the boat on this. Okay, it's safe to say that BP's commitment to CSR is a sham but that doesn't make the notion of CSR flawed. BP correctly understands how valuable a strong commitment to CSR can be for building its brand but it's culture doesn't reward CSR nor does it reward adherence to safety regulations, or other moral behavior. Witness its meddling in getting the Lockerbie mastermind released early in order to win an oil contract from Libya.
Frankly, I'd expect a more thoughtful commentary from someone in her position.

Comment by Doug Yeager on July 22, 2010 at 11:38am
duh!
I went to the Columbia School of Business (MBA) back in the 80's with the intention of pursuing CSR as a career. (ahead of my time). Imagine my disappointment when I found that the only companies active in CSR were the ones that NEEDED it (alcohol, tobacco, firearms, petroleum, etc) and therefore were NOT companies I wanted to work for.

Not to take anything away from the many people that in good conscience work on behalf of corporations, this essence of CSR is real - and to deny it is to put our collective heads in the sand.

To put it in more personal terms, we are all sinners. I am very uncomfortable trying to work with someone who is self-righteous in their faith. But I welcome and cherish those that approach life with a degree of humility.
doug

Comment by Chris Jarvis on July 22, 2010 at 2:45pm
Marc, good point - not the WP taking an official stance, but an Op Ed. That being said, I would NEVER let anyone post a column on my blog that was so..... well less opinion and far more just uninformed. But.... that's my opinion. And traditional journalism is pretty fraught with 'what I think, and it doesn't have to be balanced or informed' these days anyway. (good grief, I sound like a ranting blogger now).

I KNOW!! Good grief, what gives? It seems like the disconnect surfaced by Ms Freeland's employ, is a good indication that Reuters is playing on the same field as BP - PR and not CSR.

Comment by Chris Jarvis on July 22, 2010 at 2:50pm
Christopher, thanks for your comment. I was unaware of the Lybia incident (yet not surprised I guess). And the crummy thing is, I liked BP. I thought they were a good example of doing it 'better' if not right.

It's too easy to paint the world in black and white. Either with personal 'sin' or corporate maleficence. Yet it is soooo much easier to embrace, partner and work with the humble and teachable, versus the self-righteous (even as the oil floods the Gulf).

Comment by Rew on July 23, 2010 at 5:24am
I think your analysis of the concept of CSR is very clearly articulated and I appreciate the conviction behind the content of your insert. Gone are the days of Charity, Welfare Philanthropy (CWP) concept and Corporates have to get engaged with the community and the environment in a more pragmatic and a humane manner through the process of building sustainability into the erswhile CWP dependancy. Hence I feel there is a need for better understanding of the subject and creating that awareness in business houses to carry out a meaningful CSR and in the process create an inclusive market development strategy.