Leading From Love: The attentiveness that brought accountability

It had been six months since I started my new role as a management advisor for a network of youth polytechnics[1] in rural Kenya. The Wakamba village elders in Maseki village where I lived had named me Mutanu meaning “one who smiles a lot.” My career, coursework, and volunteer training in management consulting, policy analysis, community organizing, and organizational development, had prepared me well for the task.

Or so I thought.

Within the first few weeks, it was apparent that one of the youth polytechnics had some serious management challenges.  While all the polytechnics in the district were resource strapped, with underpaid teachers and impoverished students, at least the others had great leadership and community buy-in.  I saw it in parents’ willingness to sell a parcel of land to pay for their children’s education.

But this one (we’ll call it “KYP”) never seemed to retain any equipment or students or teachers.  Each month, we heard of a new burglary and little by little, all the “assets” of the institution were disappearing.  In the meantime, the principal of the polytechnic appeared to be getting richer.  He had built a home for himself, lavish by local standards, and was able to send his children away for higher education, while the polytechnic he ran struggled to survive.  It did not take long for me to come to the conclusion that he was embezzling funds, and possibly even organizing these burglaries.  The murmurs about his character at the local market only seemed to confirm my suspicions. 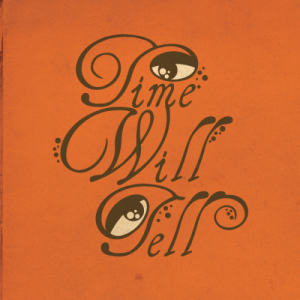 So I shared my concerns with the coordinating committee of the district’s network of polytechnics.  Mr. M, a local teacher and community leader was my direct supervisor in my “capacity building” role.  Time after time, I would bring up my animated allegations about how criminal and unethical the KYP principal’s behavior was. And each time, Mr. M would patiently nod, listen to all my rants and then say, “We shall address.”

Another week or two would go by, nothing would change and I would get more and more frustrated.  To me, there was no time to waste in seeing the principal of KYP fired and a new principal found.  I was convinced that I couldn’t be effective in working with the network of polytechnics unless the right people were in place.  Despite all I knew about cultural competence, I found myself falling prey to that often-circulated notion that people in the Global South, particularly in Africa, are conflict averse and slow or reluctant to handle corruption issues.

After a few months of my fruitless ranting and what I deemed inaction, Mr. M finally called a meeting of community leaders at the struggling KYP. The principal under investigation was also present. After the first hour of pleasantries, tea, small talk, and general discussion about the community, I was becoming impatient. In my head, I continued to worry about their lack of confrontation with this man, who so clearly deserved to be brought to justice. But at least I had learned something in my first six months in Kenya—sometimes my most important role was observer.

As the conversation continued well into the second hour, I noticed that Mr. M was skillfully and patiently changing the course of the conversation. He spoke slowly and confidently, sharing that the community had a problem and the problem was the inability of one of our institutions to do justice to our children’s education.  He spoke without any air of malice or judgment of the principal. This collective ownership of what appeared to one man’s and one polytechnic’s problem helped me take a deep pause with my internal narrative.  What transpired in the room after this shift in the conversation transformed how I have thought about and worked on organizational and leadership development ever since.

The elders sat in silence and invited the principal to reflect on his part in the community’s troubles.  Mr. M posed gentle, yet sobering questions in the spirit of reflection, subtlety and powerfully appealing to his sense of shared responsibility to address the polytechnic’s ongoing struggles.  Initially, the principal got defensive, even angry, but Mr. M continued with his questions. Each one carried the principal to a new level of awareness. Each word offered by the elders demonstrated to the principal the implications of his action for the whole community.

This process of reflection, silence, then call to the collective good continued for another few hours. The principal’s anger turned into reflection and then tears.  In his breakdown, he not only owned up to embezzlement, but also to having let down his own family, his community, his people, and the generations to come.  As the fifth hour of our meeting drew to a close, the principal had made a pledge to return the funds, apologize in public, and to move on and make space for a new leader.

After the meeting, I was in awe of what Mr. M and the committee members had been able to do. Had the principal been approached with derision and singled out and punished as I would have initially like to see, he perhaps would have just gone on to create the same mess elsewhere. But Mr. M and the elders were not guided by their anger. Had they been, they would have denied the principal an opportunity for healing and for redemption. Instead, they choose to preserve the sense of collective responsibility that bound them as a network and as a committee, while offering the principal an opportunity to preserve his personal dignity. I learned that criminalizing is short term and less effective than the process of lasting community accountability.

I am fortunate that now in my role as Executive Director of IDEX, I am engaged with an approach to international social change philanthropy and development that builds the power of grassroots groups and their local leaders.  Looking back to my time in Kenya, I now know I was learning what it means to be a self-aware development worker, to listen deeply, to not intervene prematurely, to have deep respect for the process of change and empowerment, to resist the temptation to be an expert, and instead accompany the process of development.

Often when I look in the mirror and get real with myself about how I’m behaving as a leader, I remember Mr. M’s kind and patient face—ready to listen first, build unity, and then act with compassion.

And then I remember, I still have a long way to go.

Rajasvini Bhansali is the Executive Director of IDEX. You can reach her at: vini[at]idex[dot]org.

[1] Youth polytechnics are vocational training schools created to serve the rural poor so that young people who cannot make it to secondary schools can learn practical skills for employment. 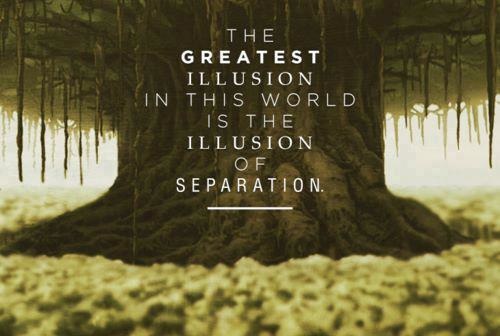 Accountability in all the wrong places

Got ‘Em: An Evaluation Story

Love of the process

The Ego and International Aid

Accountability to whom? Keep asking.