GUEST BLOG POST: Alyson Genovese is a freelance consultant on issues related to sustainability, corporate social responsibility, public affairs, and employee engagement. She has over 15 years of experience in the private, nonprofit and academic sectors. Alyson may be reached at alyson.genovese@gmail.com. 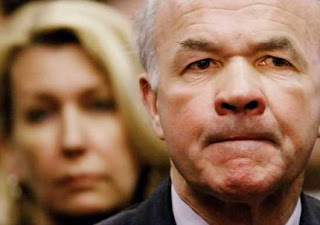 Many argue that corporate social responsibility (CSR) as a practice is derived from the fact that companies failed to create trust and relationships with its stakeholders. Enron, WorldCom, AIG… CSR was born into a world because of failure, lack of oversight and is a concept that we must compel companies to follow. This stance has never sat right with me, as it makes CSR a dirty word that ethical and progressive companies shouldn’t subscribe.

Our culture often focused on the negative and minimum standards. No Child Left Behind. Sarbanes-Oxley. Now, certainly those have their place and I don’t mean to imply otherwise. However, the need to treat reaching such standards as exemplary simply reinforces that going above and beyond is not necessary. And when companies are found to be grossly negligent or perpetrate wrongs (Royal Dutch/Shell a most recent example), consumers do have a responsibility to say “no” with our dollar. However, why is that the end of the story? By focusing only on boycotting the negative, consumers end up spending our dollars in middle of the road companies that simply are able to be better by being average.

So when I stumbled upon Carrot Mob's site for the first time the other day, it’s no surprise that I nearly fell in love. The simple concept is that, as consumers, we must reward those companies in our communities that are making positive, socially responsible changes to their businesses. We 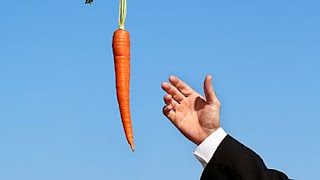 reward them by shopping in their stores, using their services and recommending their company to our friends and family. Carrot Mob represents an attitudinal change that is simple and poignant. The image of thousands of customers descending on businesses with their wallets rather than picket signs makes me smile. The celebration of innovation and mindfulness in building profitable companies is something that, as consumers, we should seek out.

The tough part is that it puts – once again – the responsibility onto consumers to be thoughtful in where we shop and do business. There are groups throughout the country that make it easier to find such gems – The Green Alliance is here in my local corner of the world. They help companies communicate their efforts and impact to consumers and other stakeholders, so we can make informed purchasing decisions. It’s also time for me to start telling my kids why we DO shop places rather than just why we DON’T shop in others.

Turning CSR into a carrot, rather than a stick.