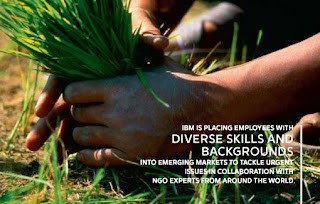 The IBM Corporate Service Corps volunteers promises to be one of the most effective models of Employee Volunteer Programs I have yet seen. I’ve written about the program before, as an outstanding example of connecting core business growth strategies with philanthropic… Continue

We all have done a lot of work for this final presentation.

The mark does not really mater. There were 3 different groups and 3 different views of CSR.

That was our last class in CSR. Personnaly I learnt a lot from these debate.

I really think the interactivity was a great experience. I will really miss that.

Thanks everybody for sharing their presentation.

I hope the best for all my classmates, for their dissertation, for their…

As a member of the Development Crossing community your convictions about humanitarian issues ring clear, so please allow me to get right to the point. The appalling genocide in Darfur continues – now in its sixth year and at the price of nearly half a million lives. Ironically, December 9th marks the 60th anniversary of the United Nations’ Genocide Convention, and Darfuri people are still suffering and struggling to survive. As the Obama… Continue

Day to Day with the Centre for Women’s Studies, by Hanes Motsinger

“I just hope it was ok, I know it wasn’t perfect, I hope in the end, we can laugh and say it was all worth it…” – Ani Difranco 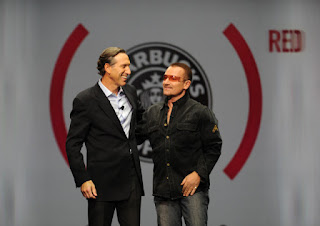 I always thought “self-employed” had a sort of glamorous ring to it. That was until I got bored working from the house and started referring to my… Continue

The planet doesn't much care whether we're in economic freefall

The article that I chose to write about was on CSR Wire and the author writes "times are uncertain, so…

Suggestion for a 4th Bottom Line

I have always believed that with every crisis comes an opportunity.
What opportunities can we find? As an educator involved with
non-profits, I can see the current grant making practice reeling in
shock. I would say the days of charity are over. The growing
'challenge' based funding opportunities, and the 'challenge' based
learning initiatives which are emerging give evidence of a new model.
You might… Continue

The following paragraph is lifted from a serious "alternative energy" website promoting development of hydrogen power for vehicles as a replacement for "fossil fuels" - and promoting it's suitability for massive investment.
"Hydrogen is one of two natural elements that combine to make water. Hydrogen is not an energy source, but an energy carrier because it takes a great deal of energy to extract it from water.
It is useful as a compact energy source in fuel cells and batteries. Many… Continue

Why Volunteers Don’t Come Back

Nonprofits tend to see volunteers as necessary, but not strategic. Attitudes towards volunteerism are simplistic and out of date. The result? A loss of 1.9 billion hours of labor year to year. Corporate Volunteer programs can remedy all that.

Fat-cat policy. Fat cats everywhere. KO2's enduro motorbike tour is well into its planning stage but we're continually coming up against walls such as fat cat policies. The fact that a rally car is exempt from importation tax may be our saving grace but right now the situation is that it would infact be cheaper to import the USS (or the Starship!) Enterprise than 10 x 250cc dirtbikes, into Kenya. Our wish is for…

CSR Strategy - more than a necessary evil
Corporate Social Responsibility (CSR) has achieved a lot of media focus in the past decade and where some firms are viewing the concept as a necessary evil to conform; other firms are literally riding the wave, by engaging the trend proactively and incorporating CSR in their strategy. Governments, clients, suppliers, NGOs and the media in general are placing more and more demands to sustainability and consequently many firms experience the… Continue

Some Cautionary Thinking about CSR and Employee Volunteer Programs 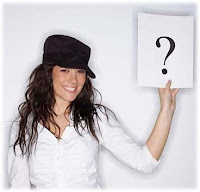 Almost everything I read about Employee Volunteer Programs is positive. Almost too positive? As EVPs exist within CSR, they are a relatively new… Continue

Build Your Jobs Around Your Volunteers: <br/> How To Offer A Great Volunteer Experience (3 of 6)

Meeting People at their Highest Level of Contribution

On a beautiful, mid-western morning in Spring, I was enjoying breakfast with my friend, Jay Hein. At the time, Jay was the Executive Director of Civil Society Programs at the Hudson Institute, a ‘think tank’ and public policy research organization in the U.S. I had a lot of respect for his position and experience, thus valued any opportunity to glean… Continue

This précis provides a short summary of the rationale for Growfish without detailed market or financial projections. The full Business Plan can be provided to qualified interested parties upon request.

A food crisis of significant proportions is developing and its impact will be felt the greatest in Africa. In West Africa people derive as much as…

The largest bridge. If any real city on our planet can claim an active stake in creating unnecessary urban landscape, it's probably Dubai. Artificial islands arranged in the shape of the world? The world's only seven-star hotel? And in 2012, it will also become home to the largest, tallest arch bridge ever. A recent environmental study shows the bridge is totally unnecessary to improve the infrastructure. It is simple another prestige symbol for Dubai. Why are they not spending the money on…

Give The Volunteer What He/She Wants!: <br/>How to Offer A Great Volunteer Experience (2 of 6)

Most people don’t actually want to volunteer. Most of us are over-worked, over-stressed, and have obligations far beyond intended human capacity. When we say, “I’ve been thinking of doing some volunteer work,” we usually mean something more along the lines of, “I’ve been thinking about this sense of dissatisfaction that overwhelms my life and I thought volunteering might offer a remedy.”
Of course, as we’ve talked about in earlier discussions,… Continue

The ‘peace arena’ is getting to be fuzzier by the day as armed hostilities are escalating worldwide. The latest among these was that brief full-scale hostilities between Georgia and Russia, hostilities that were directly related to South Ossetia.

On the level of appearance, it was a conflict among neighbors Georgia and Russia. However, when one reflects on the added facet of Georgia’s application to the NATO as a member-state, the underpinning… Continue Group/Family photo at the end of the trip. From left to right: Dimitrije (my roommate), Edwin (Zsida's older son), Zsida (host), Cesar (Zsida's younger son), Anna (local teacher), and me.


Special Thanks to the Harvard Project for Sustainable Development

Saturday (5/24/08):
Mom and Dad dropped me off at Harvard Square to meet the rest of… Continue