Sometimes, employees have the best of intentions but just don’t have the time or flexibility to volunteer. How can you engage…

To date, senior management has paid attention to employee engagement as a means to reduce company costs, and rightly so. The bottom line will always be the most telling benchmark of company performance, and it is no secret that employee turnover packs a punch. The majority of Leadership considers recruitment costs and new employee onboarding costs when working with Human Resources on human capital management issues. However, there are numerous absence costs resulting in process and… 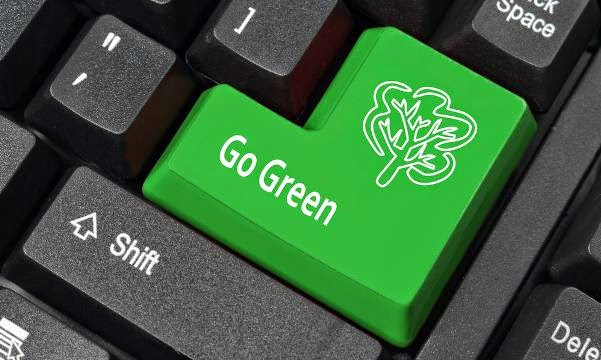 The introduction of e-commerce has not only brought about changes in the way we shop, but perhaps even more dramatically in how the supply chain is organized.

One of potential advantages most commonly mentioned was the fact that shops no longer needed to store large quantities of products,… Great companies are made from great employees. Every company leader wants productive and loyal employees who feel a personal…

You Haven’t Thought of This Employee Volunteering Benefit I write a lot about the business and community benefits of employee volunteering and giving, and with each passing year I see…

Millennial Employees Have an Attitude Problem, But Not The One You Think

Which Industry Has an Unfair CSR Advantage?

When it comes to employee volunteering and giving programs, perhaps no industry sector is better suited to make an impact than…

Your Employees Are Already Job Hunting. What Are You Going to Do? Are You Defining CSR Success All Wrong? With the pile-up of data proving the bottom line benefits of employee volunteer and giving programs, more companies are clamoring…

In much of the developed and urban world, digital is making life faster, more interconnected and more data-dependent. Our interactions have become more informal and yet more mediated thanks to the emergence of new communication platforms with their streams, algorithms and networks of connections.

What does this trend mean for sustainability and corporate responsibility (CR), concepts that (should) revolve around relations and interactions? How is it changing the way people…

Is Anyone Actually Measuring Their Social Impact?

Social impact is a term that’s nervously thrown around these days. We all want to believe that when we’re volunteering or giving,… When it comes to insights about Millennials, our most populous generation, the annual Millennial Impact Report never disappoints.…

Why Collaboration is the Only Path to Social Progress

It’s an exciting week ahead for social entrepreneurs, nonprofit directors, corporate philanthropy leaders, and anyone…

Which City is Making Charity a Hometown Game? There’s nothing like a game to fire up friendly competition in the name of charity.…

New Ways Startups Are Doing Good From the Start This Is the Best Bang for Your Volunteering Buck My best tonic for beginning each day in a productive way

In a age where it's easy to let technology dominate our lives I find there's no better tonic for productivity than beginning each day with a blank sheet of paper. Not Your Mama’s Charity Telethon: How Livestream Fundraising Will Dominate the World of Giving If you’re under 35, you may never have heard of the Jerry Lewis Telethon. But back in the day, it rocked my world. The telethon was… As Thanksgiving looms, company leaders across the world are building thanks to their communities through their year-end giving…