CSC's global community investment takes a strategic approach to building the communities in which we live and work.  We see both philanthropy and community in the light of long-term progress and enduring partnerships.  This spotlight on our CR Report highlights our community efforts.…

The View Of Sustainability From AEP’s Board Of Directors

Who will be the key influencers in 2012?

Who will be the key influencers, the movers and shakers, the difference makers, the change champions in 2012?

This is a key question for us all.

My research shows that 87% of our problems are gone when we remove the BS in our relationships.

The massive challenge facing all businesses today is being heard above all the noise, and the…

We have been working on this for a long time... fine-tuning sources, keywords, algorithms, you name it. After working for 3 months, late nights and drinking a lot of coffee, it is up and running.

Sources we included are a mixture of major news agencies such as BBC, Reuters... but then we spiced it up with niche blogs and expert reports.

Please feel free to post any feedback below. Any other sources we should include?

Wildlife Conservationist Phillip Spar looks at the real issues that face free roaming predators throughout the world. Predators are under threat whether that be Leopards in Africa to Coyotes in the U…

Wildlife Conservationist Phillip Spar looks at the real issues that face free roaming predators throughout the world. Predators are under threat whether that be Leopards in Africa to Coyotes in the USA and Foxes in the UK. This short…

Interesting report about the solar / clean-tech supply chain in Japan and China. With the data points Jesse Pichel gathered from their tour in Japan and China, they conclude that 1) 2012 global solar demand will be flat: pronounced declines in Europe (especially Italy) will be somewhat mitigated by strong growth in China, Japan, and the USA with 2H12>1H; 2) global solar growth will resume in 2013 on easier comps in Europe, significant growth in Japan, China, and the USA, and initial…

"An EVAT might offer an opportunity to attack several problems at once: streamline legislation, raise needed revenue, lower consumption, and reduce GHG emissions."

The idea of the United States adopting a value added tax (VAT), a federal tax that charges consumers as they buy items, originated under President Nixon and has been…

Happy holidays! Check out Social Enterprise Associates' December newsletter to see what social entrepreneurs and communities have leveraged the power of the marketplace for betterment this fall. Get inspired & get to work!

We compiled a new list of ESG ratings and companies and wanted to share it with you.

We actually have it by industry or countries too. If you are interested in a specific industry just send me and message through DC and I get it to you. Sony just published the CSR report which is not included since it just come out.

I think this is priceless:

"Owners of capital will stimulate the working class to buy more and more expensive goods, houses and technology, pushing them to take more and more expensive credit, until their debt becomes unbearable. The unpaid debt will lead to bankruptcy of banks, which will have to be nationalised, and the State will have to take the road which will eventually lead to communism. " (Das Kapital,…

In an exclusive interview for the Verizon Thinkfinity Education Speaker Series, Dr. Chris Dede, the Timothy E. Wirth Professor in Learning Technologies at Harvard Graduate School of Education, discusses how technologies like cell phones, tablets, digital games and virtual worlds used for learning can add to a teacher’s repertoire.…

The Year Ends. The Pendulum Swings.

It’s been a great year at how-matters.org! I am invoking a “shut down” for the holidays as of today and will return on January 15th. Why the big break?

Because there are ideas to be flushed out, plans to be finalized, proposals to be finished, reflections and connections to be had.

2011 has been a “shake-up” year. With the Arab awakening in North Africa and the Middle East and the emergence of the Occupy…

Bottom LIST of 20 ESG Companies = CSR does not exist

A tale of two realities

The first was a Society for International Development panel entitled, “M&E in the For-Profit and Non-Profit Sectors: Differences and Shared Advantages” and the second was “…

China, India, and the United States: Will the Real Environmental Rogue Please Stand Up?

"Goods produced under conditions which do not meet a rudimentary standard to decency should be regarded as contraband and not allowed to pollute the channels of international commerce." - Franklin Delano Roosevelt

Fair trade is a recent movement highlighting equity within the exchange of goods. Traders sell products in compliance with social and environmental production standards through trade associations such as …

Wishing you love and power in 2012 and beyond 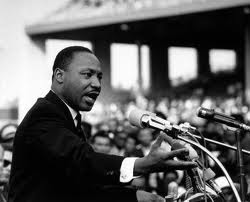 "What is needed is a realization that power without love is reckless and abusive, and love without power is sentimental and anemic. Power at its best is love implementing the demands of justice, and justice at its best is… Continue