Dollars for Doers Helps Companies Double Down on Employee Volunteers No matter how much a company praises the corporate volunteering efforts of its employees, it can seem like so much hot air without making a commitment of its own. A photo-op or feature in a company newsletter is one thing, but with the growing importance and visibility of…

I’m quickly writing this post before the 100-mile wide Hurricane Sandy, which has already killed 65 people in the Caribbean, takes the power out in Washington D.C. where I live.…

At the time, it was unclear who was being transported but it apparently was someone of high importance. Connecticut Avenue in Washington DC was completely shut down as a black truck was being escorted. Thanks to Alan, he was able to inform me that it was Shimon Peres, current President of the State of Israel.  Check it out!…

The simple path to performance improvement is normally, sadly, a road seldom taken

Jane and John Doe are your typical employee.

I began meeting John and Jane nearly 40 years ago when I first began my working life. In fact back then I was John Doe.

Since 1991 when I left the corporate world and began working with business owners/leaders of medium sized businesses and leaders in multinational organisations to help them improve performance, I have met 1000’s of Jane’s and John’s.

Regardless of industry, country, product or service Jane and John…

Are You Being Fooled by the Greenwash?

Even before ‘greenwashing’ had made its way into the Oxford English Dictionary in 1999, it had been sneakily adopted by the cynical and irresponsible in every industry, not least tourism. Many tour operators, travel agents, hotels and lodges are guilty of adopting the word ‘green’, ‘eco’ or ‘sustainable’, but simply donating money to ‘green’ causes, choosing to recycle or any… Here’s the stereotype: a big corporation needs some PR and a tax writeoff.  They cut a big check to a non-profit and walk away, patting themselves on the back.

Closer to CSR reality these days is the experience of Mattel. A participating company in…

“Excuse me. What’s that you’re reading?” the woman wedged next to me in the busy restaurant asked. 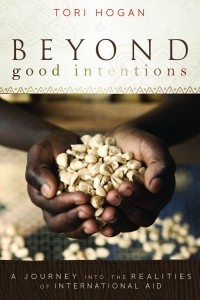 Sitting on the table in front me yesterday was Tori Hogan’s new book, Beyond Good Intentions: A Journey Into the Realities of International Aid. (Now available …

The First Impression is a Lasting one

If my first few weeks here in SA are anything to go by, there’s an abundance of love, culture and friendly faces, something that seldom makes it to the mainstream media in the West; a shame really. From my own previous experiences, discussions on Africa focused on poverty and wide spread disease, occasionally you’ll meet someone who thinks that civilization in Africa consists of a full blown safari in your back garden…I can now confirm that the latter is most definitely…

The Trip of a Lifetime!!

My journey to Switzerland was a success and a trip of a life time.

My journey started when I was in Durban, this was going to be the first time leaving South Africa to go to a foreign country like Switzerland. My longest flight was 10hr 40min, this took me from Johannesburg straight to Frankfurt, Germany; which was a very tough flight as I was alone the whole way and had no one to talk to. None the less I arrived at my destination safely, and met a few people…

Over the last few weeks I have had to deal with the fall out from actions I thought would be simple, putting in a new phone line in my office, getting some frequent flyer points that went to the wrong account in the right account, and changing some facets of how my websites work.

In dealing with each of these I spent an incredible amount of time waiting on phone queues where over and over I encountered:

Your call is important to us ...
We are sorry for your…

“An ethical Analysis of the biomimetic approach to the bio-based economy” (Gremmen, B., Blok, V., Hout, S. van), Paper presentation at the ESF conference: Towards a sustainable bio-based society, 6-7 December…

“Questioning the bio-based economy. Philosophical reflections on the assumptions of a dominant policy narrative”(Lemmens, P, Blok,… Ecotech Institute, the first and only college focused entirely on preparing America’s workforce for careers in renewable energy and sustainability, has named Chris Gorrie as the school’s new Academic Dean. Gorrie began at Ecotech as an instructor in 2010 and most recently served as the program…

Can environmental protection provide us with happiness?

For the past two hundred years it has been believed that economic growth and non-stop production and consumption are good for mankind. But what a fallacy that is. The drive to increase Gross Domestic Product (GDP) and call it the measure of success and prosperity is vastly over rated. Much of this is believed to cause no human happiness and satisfaction. This has been attributed to two factors: Social positioning and habituation.

Social positioning points out that People…

The Ego and International Aid

He has now stood up at the long table, perhaps hoping that the argument can be won by positioning himself above those with whom he is supposedly vehemently disagreeing.

About what? I’m unsure, as is the normally reserved and quiet junior staff person, who has uncharacteristically burst out laughing at the scene before her.

Her and I both know that what’s being discussed has less to do with the issue at hand, and more to do with these men’s need to be on top.

The Advisory Board Company Fills Prescription for Corporate Social Responsibility Making the world a better place is what The Advisory Board Companyis all about. It seems like everyone in this country has a complaint about the health care and education systems. The Advisory Board, however, makes its business looking for solutions in healthcare and higher education. The…

Are you focused on goals or standards, results or rituals?

On the recommendation of my colleague Maria Carlton who is a best selling author and publisher I purchased a book by Derek Mills The 10 Second Philosophy®.  Derek is known as The Standards Guy®

Derek’s book is about having standards instead of goals.  It is a very refreshing read and I have added his book to my…

Substitute your Code of Conduct with a Code of Practice. Learn how in this webinar. Join today!

Towards Narrowing the Corruption Space