Religious fundamentalism is among the mega-waves of the moment. Secularism, which was a 19th century wave yet, had reached its full circle around the 3rd quarter of the 20th century. From 1980 onwards, with the advent of Islam Fundamentalism and Religious Right (Christian Right, Hindu Right), secularism has been taking the backseat as fundamentalism’s seductive new dogma delivered their devastating blows on erstwhile ‘enemies of God’. 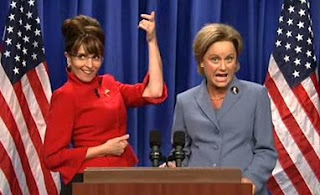 Almost everyone I know has seen the now famous Sarah Palin impersonation by Tina Fey. SNL racked up 10.2 million viewers for their…
Continue

KANSAS CITY (PR WEB) October 27, 2008 – The 2008 PR Week / Barkley Cause Survey reveals that philanthropic activities reward businesses’ bottom lines, even in the midst of economic constraints. In particular, the survey found that moms specifically channel their purchasing decisions toward companies that support a cause. Among the 83 million American moms, 82 percent say they drive household purchasing decisions, representing over $2.1 trillion in annual spending.

Mandatory Vaccination has a long history which is not generally known, but deserves to be understood.Crunchy Mama wrote the following excellent article posted on Exploring Vaccines. It provides a good overview of the process by which States have come to the point where they are now requiring as many as 78 vaccines by the time a child reaches 15 years of age, starting at… Continue

PRESS RELEASE - A one million dollar reward has been offered to all vaccine and drug promoters challenging them to put their money where their mouth is by researcher and developer Burk-Elder: Hale, Third. Hale is agitated by the continual peer pressure being exerted by the biased mainstream media parroting the disinformation propaganda of pharmaceutical companies and pro-vaccine proponents, such as the AMA and the CDC, that pushes poison… Continue

Who Really Cares About The Future? Anyone Interested In Stopping The Pharmaceutical Pollution Of Earth And All Life Here?

Who really cares about the future? Where is the corporate responsibility for pandemic preparedness? Are their other viable alternatives to risky vaccines and drugs offered by pharmaceutical corporations? It's not enough that rivers and tap waters are full of drugs in ever city using waste water treatment for municipal water such that people resort to bottled water and water treatment devices to get a clean drink of water without drugs and… Continue

OBAMA IS AMERICA’S MAN OF THE HOUR

The candidacy of Barak Obama had generated a lot of surprises and raised hopes about reversing the trends of economic decay and neo-conservative (fascist) aggression by the USA, henceforth catapulting the USA back to its role as a world leader and friend of the world’s nations. Not only in the USA but also overseas, did Obama capture wide audiences and sympathies, and his image is still moving up the ladder of meteoric ascent… Continue

In just a couple of weeks’ time, the US voters and electorate will make their decisions about who should be the next American chief exec and vice-president. As a US observer (from Manila), I can now advance my own forecast, based on survey polls and the emerging ethos in the USA, that Barak Obama is the man of the hour, the next president of the USA.

The practice of giving back - Business 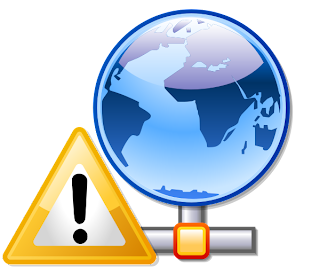 The following article by Jiayan Huang from The Ticker is an excellent example of the current trends in Corporate Social Responsibility. It highlights the importance of volunteerism through the employer as a benefit that displaces 'salary as king'.…
Continue

Selling in a Gloomy Economy

What is the difference between selling in a robust economy and selling in a failing economy? A lot. But not what you think.

Since 2007, American Express launched a prize called members Project to price the best ideas to change the world, but they can't do it by themselves. So 2.5Millions are offered and the whole marketing and media impact comes along.

The winner project was submitted by Lulan Artisans from South Carolina - US - Project ID: JAO706 - the project involving Community Development, Microfinance and Economic Development and the area of impact will be Laos, Cambodia, Vietnan and Korea was END… Continue

The Key to Great Corporate Volunteering

I came to Jinja, Uganda with the excitement that I would learn a tremendous amount about subjects such as Uganda history, economics, politics, and social and cultural practices by interacting with my host organization, host family, fellow FSD interns and co-workers, and locals whom I would come across.

Labsus (Laboratory for subsidiarity) is a web-based publishing initiative and it can also be considered as the first Italian think tank on active citizenship and corporate citizenship....

The IFC and the World Bank have set up a Remittance Prices Database, which presents data on the cost of sending and receiving small amounts of money from one country to another. According to the IFC, recorded remittance flows worldwide were $337 billion in 2007, of which $251 billion went to developing countries, often with very high transfer costs.

Base of the Pyramid Essay Competition

"The Center for Sustainable Global Enterprise at Cornell University’s Johnson Graduate School of Management is accepting submissions for its 2008 Base of the Pyramid (BoP) Narrative Competition. This short-essay competition seeks to highlight the challenges of implementing business in underserved markets and identify innovative business initiatives or solutions to those challenges."

The World Bank has organized "Vulnerability Exposed: Social Dimensions of Climate Change," a competition of 2-5 minute documentaries that highlight the social aspects of climate change as experienced and/or observed by the film-makers. Sumbissions will be accepted until 11:59pm (US ET) on Friday, October 24, 2008.

(Source: UNDP) Expanding nature-based enterprises can increase income for the world’s rural poor. This approach, as outlined in the latest World Resources Report 2008, can also develop the rural poor’s resilience to social and environmental threats such as climate change.

Three-quarters of the 2.6 billion people who live on less than $2 a day… Continue

(Source: World Bank) The World Bank joined governments and the private sector today to launch the Adolescent Girls Initiative (AGI) to promote the economic empowerment of adolescent girls in poor and post-conflict countries.

The AGI is being piloted in Liberia through a partnership between the Bank, the Nike Foundation and the Governments of Liberia and Denmark. It will be expanded in the coming year to include Afghanistan, Nepal, Rwanda, South Sudan and a sixth country to be… Continue