Getting girls back to schools

While the literacy rate has increased from 52 per cent in 1991 to 65 per cent in 2001 and the absolute number of non-literates dropped for the first time, the number of children who are not in school remained high.… Continue

Selflessness and altruism make for bad volunteers. Without self-interest, volunteers easily opt out of commitments and objectify those they are trying to help.…

Another summer break has come to an end and unfortunately school has started up once again. Actually...these days I should be pretty happy I'm in school! For those of you that don't know I am currently pursuing my MBA at Marymount University in Virginia and graduating next spring! Pretty exciting! I'm hoping the job market will be hungry for fresh young MBA minds! haha.

Anyways to the point of my post, I wanted to share with you something I learned in my organizational communication… Continue

Communication for Sustainable Social Change is a new Centre-of-Excellence opening within the College of Social and Behavioral Sciences at the University of Massachusetts. The centre will be an international resource base and focal point for broader interdisciplinary studies in the theory and practice of social change communication. This blog will contain contributions from various participants at the event and discuss the important issues which the new centre will address.

I am shocked. Today's NYT reports that some bankers are coming up with ways to securitize life insurance policies for elderly (especially sick ones). This is distortionary-it will increase restrictions on pre-existing conditions and increase premiums. And, it is a precedent for worse. The laggards will try to one up these guys and "innovate" with new products. Perhaps they can go to schoolyards and pay families off to buy accident insurance for their kids in exchange for a commission (or Ice… Continue Is their future after Bilibid?

I remember when I first visited the student-inmates, they asked me, "Will there be future for us when we go out of this prison cell?". I got scared. And bravely answered, "no one ever makes the future for us. It is on us. You have made wrong choices in life. Drugs became your best friend, and crime became your pastime." This is the life they opted to be and they have to be in prison for the crimes committed.

Industry 2.0? Co-creation and the new industrial paradigm of peer production

Co-creation and the new industrial paradigm of peer production


Albert Boswijk, of the Amsterdam-based Center for the Experience Economy, asked me a set of interesting questions:

What is the reality behind so called best practice co creation concepts? Are these lipservice to co-creative approaches. Are you really in the drivers seat or are just being made to believe that you have influence on the… Continue

Bangladesh Institute of ICT in Development (BIID) recently launched an online market place for Micro, Small and Medium Enterprises (MSMEs) to offer market linkage facility and provide information and advisory services. MSMEs will get access to this service by using telecentres established all over over the country, specially in the rural Bangladesh.

The University of Liberal Arts Bangladesh (ULAB) and the Bangladesh Institute of ICT in Development (BIID) signed a Memorandum of Understanding on creating and promoting knowledge on Information and Communication Technology (ICT) for Development on August 24, 2009 at ULAB campus. Both organizations believe that ICT is an effective tool in spurring development in Bangladesh given its interactivity, growing accessibility and ability to share information from many-to-many. Concretely, both… Continue

Expert Blog on CRS or JustMeans 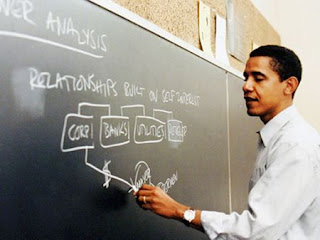 Many argue that volunteer rates are falling. They complain that people today (usually young people) won’t make commitments to a cause.… Continue

Women in Politics: Finding a voice from below

Political rights have often been hailed as one of the most important vehicles of women’s empowerment. In the context of the highly contested women’s reservation bill, it might be pertinent to probe into the process through which women come to power. After all, it is important to know who we are fighting for.

The place of women in inner party structure is quite problematic. With a near absence of intra-party democracy, women tend to be much less represented across all parties. While… Continue