CSR Jobs - You need to fire somebody!

No wonder unemployment remains high. Just as ADP was issuing a dismal August employment report, another group provided a study that helps explain why the job market is going nowhere: CEOs of the 50 companies that account for the bulk of the nation’s layoffs paid their chief executive officers 42% more than the average company, according to a report released today.

The 17th annual “Executive Excess” report, compiled by the Institute for Policy Studies, focused on 50…

Be and Become a Changemaker in Agriculture

Be and become a changemaker by voting Janani AgriServe in box below.  Remember to reconfirm your vote when you get a confirmation mail from…

A pathway to achieving possibility

This article is my changing what's normal newsletter for August. Each month I write an in-depth article. You can subscribe to my newsletter here.

I also provide a digital gift each month that I have created or come across. The August gift is from a friend in the UK Rob Brown, '101 Great Tools, Tips and Tactics to Build Your Mental Toughness' You need to sign-up to get it however well worth it and of course you can… Continue

Help Indian IT for Agriculture initiative

Janani AgriServe Initiative, the only project in Agri to reach semi finals of global competition "Powering Economic Opportunity - Create a World that Works" co-hosted by eBay Foundation with Ashoka Changemakers need your vote to move into the finals and later win a cash award of $50000.  Please cast your vote thro the link:…
Continue

Brown-Forman announced today the publication of its third corporate responsibility report, “Enriching the Experience of Life.” The report covers the company’s progress and challenges in the areas of alcohol responsibility, environmental sustainability, employee relations, and civic engagement. The report is available in print and on the company’s website: …

Behind the Barricades, There Is Happiness

Richard Moore describes himself as “just a guy who wanted to help.”

This is somehow funny coming from a man whom the Dalai Lama refers to as “my hero.”

Well known to the residents of Derry, Ireland, where we met last month, Richard Moore was shot at the age of 10 by a British solider on his way home from school. Taking a rubber bullet on the bridge of his nose, Richard lost…

Janani AgriServe is the only Indian Agri IT Venture to move into the semi finals (out of 900 entries from 90 countries) of Global Competition - Powering Economic Opportunity - Create a world that Works - co hosted by eBay Foundation & Ashoka Changemakers.

To move into finals, Janani AgriServe need your support in the form of vote.  Please spare 5 minutes to spare your vote through…

The awards aim to showcase projects that demonstrate best…

SAI's newsletter is a monthly online publication, covering the latest news from SAI including CSR and supply chain management insight from the field, SAI program updates from around the world, Social Fingerprint®, SA8000® certification statistics, upcoming events and training seminars, job opportunities, and more. The newsletter aims to provide readers with a glimpse into the impact of our mission, and its multi-stakeholder approach to…

How to Read A Sustainability Report: A Guide For Skeptics

It’s Sustainability Report season again. Companies around the world are sending out notices of their web-posted reports, highlighting their achievements with colorful charts, graphs and photos 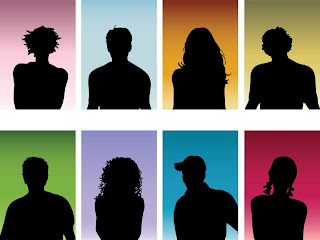 Many companies have employee volunteer programs, but for many companies in Europe, Canada and the US these programs are underfunded, underdeveloped…

VOTE FOR NURU ENERGY IN THE 'POWERING ECONOMIC OPPORTUNITY: CREATE A WORLD THAT WORKS' GLOBAL COMPETITION HOSTED BY ASHOKA CHANGEMAKERS AND THE E BAY FOUNDATION

The social enterprise I represent, Nuru Energy, has been working for the last 3 years in East Africa and India to bring clean, safe and affordable lighting and energy solutions to some of the most remote and under-served rural communities in the world. Our unique pedal-powered energy platform - the Nuru POWERCycle, our modular LED Nuru Lights and one-of-a-kind distribution channel of micro-energy entrepreneurs has allowed us to make significant…
Continue