ONE OF THE MOST IMPORTANT stories for the nonprofit sector last week crept by with nary a mention in the press about its connection to nonprofits. ShoreBank, the nation’s preeminent community development bank, finally…

How Do You Measure Sustainability?

Elaine Cohen's Blog
How do you measure sustainability ? I have been fortunate to gain a little preview of the input supporting the soon-to-be-released report offering answers to this very question. The report has been compiled by Ethical Corporation and is called… Continue

The strong voice of the CSR community

Driven by demographic change and the conviction that… Continue

On October 21, join CBSR in Toronto at the 8th Annual Summit on CSR for an inspiring day linking collaboration with your triple bottom line - discover best practices, work hands-on with peers, network with leaders and learn from great Canadian and international speakers.

CSR issues are inherently complex and need new, creative solutions. Recent research confirms that to address CSR issues, companies must learn to operate on a system wide basis and collaborate across internal and… Continue

Leper Companies, Inc. could very well describe the so many huge corporate entities in the West that are now expectantly waiting for some investors to breath fresh life into them. The compass of that search points to Asia as the source of the badly needed ‘smart money’.

What a mess indeed had Western economies turned into, as their respective enterprises have been crashing to… Continue

Saniel Bonder on the Economy - Part 1

Unusual Uncertainty and the Strange, Well-Maybe Recovery of 2010 – Part 1


It's been many a month since I've posted anything here at "The Spirit/Money Split,"
(at Good-B) and I'm happy to be back.

Mostly, I've been busy wrestling my own small business out of recessionary white water and into a fast-moving but navigable stream of now nearly a full year in positive cash flow. I had some expert helping lifting our bottom line, for… Continue

USA’S LEADERSHIP HAD EVAPORATED, WHY OUGHT STOCK MARKETS FOLLOW?

USA’S LEADERSHIP HAD EVAPORATED, WHY OUGHT STOCK MARKETS FOLLOW?

It’s late afternoon here in the Philippines, daylight is still around though quite faded a bit. The time of the day seems to be delivering the message that there is still some light in the global economy, and that is a feel-good ambience.

Light there may be for the global economy, but that light no longer comes from the Western… Continue

The Case for Corporate Social Responsibility

Paul Klein's Blog
On Monday, the Wall Street Journal ran an editorial by Dr. Aneel Karnani called The Case Against Corporate Social Responsibility which posits the idea that corporate responsibility is irrelevant because “companies that simply to everything they can to boost… Continue 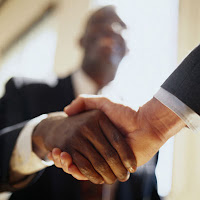 Last places remain for the most anticipated Social Impact training of the year, held this September!

We are pleased to announce the latest in our series of Responsible Business Programmes to
be held on September 30th 2010:

run by Professor Adrian Henriques in collaboration with senior CSR and leadership trainers from Article 13. There are only a few places remaining, register now by contacting us at info@article13.com. We also offer bespoke inhouse training.
For more information visit:…

For this note I will focus on the thesis that rural development should be pursued by developing countries. The world’s nations have pursued growth that has been badly skewed towards urbanization and commercialization since after World War II, a total effort that has seen many people become poor as a result. Most of the poor folks are in… Continue

FSD Bulletin: Our Year, Our Voice–FSD and the International Year of Youth

Today, youth represent 18% of the global population or 1.2 billion people. 87% of youth live in developing countries, facing challenges brought about by limited access to… Continue

Wanting and getting and having and giving

It has been said that there are two broad kinds of people in the world - givers and takers.

The givers ask what’s in me for you?

The takers ask what’s in it for me?

I think we are all givers and takers. Intention is what differentiates.
The poet Gita Bellin says “Success depends on where intention is.”
I couldn’t agree more.

I meet lots of people who have been takers all their lives. They are generally very unhappy people. They want and get… Continue

I have recently been following a Globe and Mail series entitled, “Preparing for a cultural sea change? Take a deep breath”. (August 17, 2010).

Members of the Red Cross Annual Disaster Giving Program pledge donations on an ongoing basis, in advance of major disasters, to help the Red Cross ensure an immediate response to meet the needs of those affected by disasters of all sizes, at no cost and…

CSR networks and communities (Corporate Social Responsibility) are growing rapidly. But still for most companies, measuring corporate social responsibility is complex; for many it's confusing and daunting.

- It is essential that companies choose guidelines and standards that reflect their business, culture and stakeholder needs and that provide information that helps the company find 'meaning' in its measurement results.
- Companies should not… Continue

Good evening from the Philippine suburbs!

I wish Europeans could find sufficient reason to brighten themselves up these days. Maybe the northern Europeans can still find some reason to smile in the light of welfare state graces still flowing to their pockets, while those of southern Europe’s are grilling in the heat of a continent burning in economic firestorm.

Webinar Topic: Best Practices in Corporate Engagement from VolunteerMatch Solutions: Finding The Sweet Spot - How to Turn Strategic Aspirations into Reality for Your Community Involvement Program