Van Duzer and his Cruiser off to D.C. to Raise Awareness about the Vast Benefits of Bicycling

One month, 2,000 miles and countless friends later, Ryan Van Duzer is nearing Washington, D.C. on his two-wheeled, cross-country expedition. On June 20, Van Duzer departed from San Diego on a three-speed cruiser bike and is scheduled to arrive in the nation’s capital by August 10 for a celebration of his journey with the League of American Bicyclists and the National Geographic Society. While the trip is ending soon, you can still experience… Continue

A friend from the US Information Services of Trinidad & Tobago sent photos of Colonial Trinidad via e-mail, two of which I've shared below with a modern juxtaposition. While the photos bring back nostalgia and patriotism, they also bring to my mind questions on sustainable infrastructure and the cultural aspects of such, in Port-of-Spain.

I have heard my elderly relatives say they wish Colonialism never ended in Trinidad. I would of course scoff at this (and still do), but now I… Continue A look at the summer lives of four undergrads working on an environmental development project with the Foundation for Ecological Security.

This week marked an important occasion: we moved into a village about 2 hours away from Udaipur and began working on our project. FES has asked us to make an assessment of one particular region with the eventual goal of developing a relationship with those communities…

The Small Is... Festival

Civil Society - What does it mean?

Do we really have a vibrant civil society, or is it just a intellectual exercise? Does it exist only in the domain of the so called ‘intelligentsia’? Is it more a part of our imagination and less that of our reality?

Let us examine some arguments and counter-arguments.

•Give ‘voice’ and ‘space’ to individuals, communities and institutions outside the domain of the political society and/ the… Continue

The Life(?) of a Child Sex Slave in Cambodia

Cambodia is a world center for sex tourism so it is likely that many of the customers of the girl in this story were foreign sex tourists.

If This Isn’t Slavery, What Is?

PHNOM PENH, Cambodia - Barack Obama’s presidency marks a triumph over the legacy of slavery, so it would be particularly meaningful if he led a new abolitionist movement against… Continue

State of the Union: the new economic model

Chris Carfi (@ccarfi), who blogs at The Social Customer Manifesto, did a great overview of the evolution of markets in a session at the Business of Community Marketing conference in Boston last March.

In the conversation afterward, he shared with us a symbol or diagram that has been kicking around in his internal… Continue

Hampered by the complexities of working in a foreign country, an unknown language and an often alien culture, I found weaving together my picture of the work of the Veerni Project was similar to the process of creating the intricate quilted wall hangings made by the women of Rajasthan – a process in which the final design appears only slowly. My first priority was to develop a thorough understanding of the NGO I am working with, its strengths, weaknesses, needs and… Continue

For those interested in conserving more water and dollars, dual-flush toilet retrofit kits are a great and inexpensive way to save water. They transform existing two-piece 1.6 gallon toilets into dual flush toilets. Depending on the activity the toilet receives, a kit can save well over 10,000 gallons of water per year. They are also inexpensive at under $25 relative to a new dual flush toilet. Not only do they save water, but they avoid the carbon footprint associated with the construction,… Continue Surface temperatures of the world's oceans are at their highest levels since records have been kept says the National Oceanic and Atmospheric Administration (NOAA). This is particularly bad news for people living on the Atlantic coast as rising ocean temperatures fuel hurricanes and raise sea levels.

Preliminary data extrapolated by the… Continue

When I talk to our prospects and many of my friends about Kiwano Marketing, they all come back with the same questions: what exactly is green marketing? Can you give me an example of a recent green marketing campaign? For the answer to the first question, I tell them exactly what I wrote on a previous blog post, Green Marketing to the World. And here’s the answer to their second question:

As part of their efforts to… Continue

is anyone else experiencing sharp increases in Electric Bill?

I am with LA DWP

My bill has sharply increased and I live on the beach and do not even HAVE an air conditioner.
Nothing has changed in terms of my electrical use. It's not my water, either.
Is this another energy scam? I want to know if I'm the only one this is happening to.
I have the number to the General Manager of LA DWP (213) 367-1320 for complaints.
I called in and she thought i called yesterday, so apparently i'm not the only one calling in with an… Continue 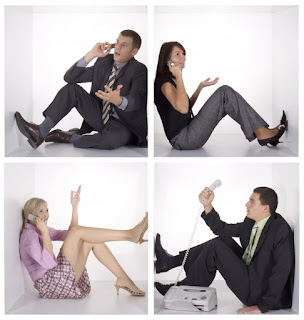 LEED Certification a necessity in Chicago?

Do you have any experience with LEED certification of buildings in Chicago? What is your experience and the overall acceptance regarding this topic?

The following quotations appeared in the publication: The Extent and Effect of Sex Tourism and Sexual Exploitation of Children on the Kenyan Coast, published in 2007 by UNICEF

Shanzu Elder: “ if we were to visit a place like Aloha, so that you see for yourself the activities I have been telling you about. As seeing is believing, there you will find small children involved in giving Europeans massages. They have even gone to the extent of establishing businesses to do with massaging.… Continue

2020: Carbon Emissions Market Worth $1 Trillion Plus

So you want to save the planet and make some money doing so. The recently released Carbon Salary Survey is a good resource to see what green professionals are saying about the work they do and the duties they perform.

The survey, conducted in English, was distributed online and via email to the professional networks of the three research partners: Acona; Acre Resources and; Thomson Reuters. World-wide, nearly 1,200 participants replied to the survey through April of this… Continue

A dynamic group of business and government leaders has formed the CleanLaunch Technology Incubator, designed to serve entrepreneurs developing new technologies and to develop and nurture start-up clean tech companies throughout the region.

Who Says It Aint Easy Being Green ?! (free workshop)

How to Create a ‘Sustainable’ Business

REGISTER FOR THIS FREE ONLINE PREVIEW


Join Vic Desotelle from DiscoveryFuel.com for an ONLINE collaborative business planning workshop series known as ‘Colabs‘. This FREE session will…