Six Essential Strengths Of An Employee Volunteer Program: An Interview With Shannon Schuyler of PricewaterhouseCoopers. 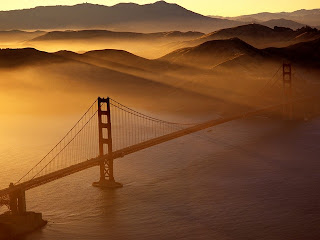 Looking for some insight on how to create an outstanding Employee Volunteer Program? Shannon Schuyler of PricewaterhouseCoopers offers six essential strengths to ensure success.

Its the “world's largest gathering of… Continue

The Problem with SROI

The Problem with SROI

Few terms evoke such a passionate response in the impact management field as “social return on investment” or “SROI.” It’s not so much the idea itself that sparks debate, but the varying interpretations of how the term should be translated into practice. Perhaps in part the tension comes from conflating the generic concept of social return with conventional… Continue

Here is a recent excerpt I wrote on the Council on Foundations “Thought Action Implement” blog. You can view the article that prompted my response here.

Thank you for an insightful article from Ed DeSeve, President Obama’s senior advisor, who is responsible for implementing the American Recovery and Reinvestment Act (ARRA). It’s so encouraging to see new… Continue

Join the Climate Sustainability PLATFORM network http://climatesustainabilityplatform.ning.com/ and dialogue on climate sustainability issues in the run up to the Copenhagen COP15.

STOPlasticBags
A GLOBAL PETITION TO BAN THE BAG


Introduced just over 30 years ago in 1977, the ugly truth about our plastic bag addiction is that society's consumption rate is now estimated at well over 500,000,000,000 (that's 500 billion) plastic bags annually, or almost 1 million per minute.

Buying Local: More like the old adage, I know it when I see it.

Santa Fe, NM has a Buy Local campaign (buyintoit.org). This follows many other communities which have started similar initiatives. Most of these communities are known as progressive: Berkeley, Boulder, Burlington (Vt). But, this has a strong history, including civil rights efforts and historical black neighborhoods’ efforts to build economic strength.

Overall, I support and encourage such efforts, despite the fact that they aren’t perfect.
The Santa Fe campaign has brought… Continue

I recently read a blog entry at sustainablework.com that was posted by Peter Drucker of The Buckminster Fuller Institute. I thought I would pass the entry along to you here as it makes for interesting discussion.

Buckminster Fuller wrote about doing increasingly more with increasingly less for the greatest number of people at an accelerating pace. Look around. Sounds like a plan. The… Continue

This entry came to me via the Community Development Banking Listserv of Cornell University, sent by Ed Dodson. I wanted to share it here for discussion purposes.

This past weekend we had the opportunity to hear Federal Reserve Chairman Bernanke interviewed on 60 Minutes. He did his best to assure us that the economy would eventually improve and that the Fed would do everything possible to see that the credit markets… Continue

Another thought provoking entry from the Cornell University Community Development Listserv. This one was written by David Cay Johnston of the New York Times.

David Cay Johnston won a Pulitzer Prize for his innovative coverage of our tax system in The New York Times and is the author of two best-selling books on our tax system, Perfectly Legal and Free Lunch.

The streets of the… Continue

This entry was sent to me by Greg Morishige in San Francisco, via the Cornell University Community Development Listserv. Fun read with a good point.

I have been thinking about the lessons about banking, finance, and life in general in the holiday film classic, "It's a Wonderful Life." The 1946 Frank Capra film follows George Bailey (played by Jimmy Stewart) during the highs and lows of his… Continue

This entry comes from sustainablework.com, originally posted by Rick Mang, to discuss advice from Tom Peters. He has interesting advice, definitely grounds for discussion here.

These days, we get to hear many versions of 'the year end roundup'. Most of the reviews this year are just awful, no matter what perspective the assessment is being done from. Rightly so. I've lived through many… Continue

The Boss at Work and the First Meeting, by Arjun Khanna

RECAP OF THE DAY: Woke up really early because I fell asleep at 9:30 yesterday night, had a fight in the dark with my mosquito net (I’m still not sure how it got tangled the way it did), got up, got ready, off to work, met Chief Medical Officer Dr. Bomji, discussed ideas, sat in with him seeing patients, Peter stopped by to check in, a lot of medical procedures that I won’t go into for the sake of your stomach, learned a ton about medical diagnoses of tropical… Continue

SRI in the Rockies Conference to Celebrate 20 Years

SRI in the Rockies, the largest and longest-running sustainable and responsible investing conference in the world, will mark its 20th year and highlight growing opportunities for investors who embrace innovative investment strategies targeted on environmental, social, and governance factors. More than 650 attendees from the U.S. and around the world are expected to gather October 25–28, 2009 at the JW Marriott Starr Pass Resort & Spa in Tucson,… Continue

Thousands of Cyclone 'Aiyela' hit people are waiting for your kind and generous help. They need water, food, medicine and resources to rebuild their houses and habitation. Please response. Group of Local NGOs will receive the materials and distribute those. They will also undertake post devastation rebuild work soon if sustainable resources be available.