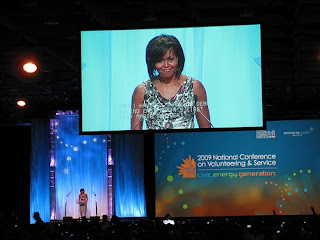 Realized Worth was unable to make it to the 2009 National Conference on Volunteering and Service in San Francisco last week, and for awhile we were seriously bummed about missing out on one of the most important volunteerism conferences happening this year. But then, we realized that given the live webcasts,… Continue

Top 2 Ways You Help Monsanto Every Day (Without Knowing It)

Big agribusiness & biotech corporations like Monsanto are gaining more and more power over our food supply, thanks in part to Congress creating policies that give them competitive advantage while harming small farmers & competitors, but also because we consume their products every day without even knowing it.

Want to do something about it? Watch this quick video and accept the "Replace Roundup"… Continue

I wanted to give a shout out to a peer in the microfinance industry.

There was good news out of the White House last week. President Obama intends to nominate Maria Otero, President and CEO of ACCION International as the new Under Secretary of Global Affairs at the State Department. Otero will be a sharp, articulate, and inspiring leader. In selecting Otero, Obama brings one of the world's leading voices on microfinance into his… Continue

I attended an event the other day and a speaker said something which I barely caught at the time, but which has stayed with me since. He mentioned that his organization was increasingly valuing the word ‘glocal’, which is a combination of global and local. At the time, I believe my thinking was close to ‘come on, give me a break.’

However, the more I turn it over in my mind, the more it grows on me.

It incorporates the reality of our global village, where globalization is… Continue 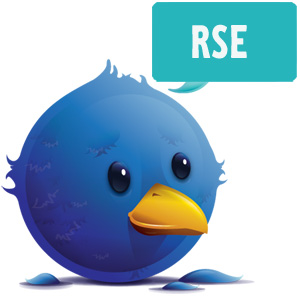 A RESPONSIBLE tourism for A SUSTAINABLE Tourism...

This blog is dedicated to everyone who is involved in developing responsible tourism and the ecotourism around the world in order to limit the negativ economic, ecological, and social consequences provoced by the mass tourism.

Our Tour Operator, Ecoconut Tours Inc. is ( http://www.ecoconut.net ), based in Cebu, right in the centre of the Philippines, and devoted to developing ecotourism and responsible tourism in close cooperation with the local communities and the Department of… Continue

How Do You Serve? 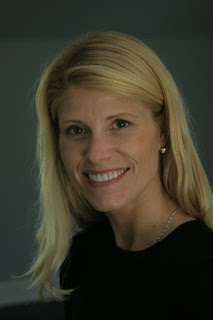 Shannon Schuyler, US managing director of Corporate Responsibility, for PricewaterhouseCoopers LLP (PwC), will be guest blogging over the next week from San Francisco at the National Conference for Service and Volunteering.

Philiippines: An Attractive Business Location in the Asia-Pacific

As more and more nation-states of the Free World tear down national barriers to facilitate free flow of Goods & Services, Foreign Capitalists could look upon the Philippines as an alternative business location.

Herewith are some good reasons to consider: (1st) As a Tropical Country, the Philippines is endowed with its own wide variety of indigenous rich Natural Resources; (2nd) As an archipelago in the Pacific Far East, the Philippines' network of Sea Ports & Airports make… Continue

We’ve been working increasingly with Fortune 500 companies on their international CSR programs. One of the toughest areas companies face is how they make decisions regarding their NGO Partners. Establishing and maintaining these partnerships should be made with care, and for the longterm. Read on about Fortune 500 companies can protect themselves and their brand as they expand their international giving and volunteer programs worldwide.

Looking for a CFO

I'm looking for a CFO for an MFI. The position is based in one of the Arabic speaking African countries.The candidates should have exposure in the commercial banking sector. Development of Self : Role of EQ Competencies

I am AMIT JAIN - Corporate Trainer from Mumbai. Email: amitjain_hr@yahoo.com

As there is a continuous researchon the role of Emotional Quotient and it;s dimensions in Human Development.
Below mentioned is the outline of five sets of emotional intelligence competencies that have proven to contribute more to workplace achievement than technical skills, cognitive ability, and standard personality traits combined.

Microfinance was just making an entry in many parts of India when I was part of a small team of social entrepreneurs which was assigned the onerous task of extending microfinancial services through a Microfinance Institution (MFI) to already established Self Help Groups (SHGs) in the district of Kanyakumari in the state of Tamilnadu in India in 1998. Despite the high literacy levels and a conspicuous predominance of branches of banks in the district, the poor women members of the SHGs were not… Continue

Enterprising Solutions Global Consulting advises on effective microfinance strategies as part of a joint project with Germany's KFW Bankengruppe and the U.N. Development Program in the Democratic Republic of Congo. Photo by: ESG

Cuernavaca, Mexico might not be the first place you would look for a global development consultant. But for over a decade now,… Continue

Its very interesting to note the existence of micro markets or small size markets wherever a group or a community exists. In the normal situation, all the people who are living in a community need to have a market place to procure their daily requirements, even in an urban community or colonies we find few shops of different categories to cater to the needs of the consumers .

The concept of micro markets is existing for more 100 years in India. Yes am referring to the concept of… Continue

Being Green More Valuable Than Price

Results from a survey released yesterday found that a product’s “energy footprint” influences 77 percent for consumers’ purchasing decisions, with 76 percent willing to pay more at the register for environmentally-friendly products. The study polled 1,004 employed adults living in private households May 1-4 via… Continue

Paul Saffo recently had an excellent article up on his site about what he calls the “creator economy,” which he believes is the new economic future. Here is my communication to him about the importance of creators and personability.

I loved your article on “Creators.” As you state, creators are both producers and consumers, whereas in the past, markets were simply consumer driven, or producer driven. This new type of ‘creator’ is both, and requires a new… Continue This is an idea I am very happy to promote. I have been thinking about it for a while and I have just recently found the time to check out if similar solutions have been or are in the process of being adopted. Color coded waste. More than once I've caught… Continue