Sustainability is a reason and a result

I was honoured to present the keynote address at the Association for Sustainability in Business Conference on the Gold Coast last week.

Although I don’t use slides in such presentations below is the slideshare provided to delegates that shares the substance behind the stories shared.

My key points:
Profit is not a reason for being in business, rather a result of being good at business.

Sustainability is both a reason and a result.

Join us: A Virtual Visit to Choix

Choix provides children in Haiti living in conditions of extreme poverty access to a quality education with a focus on leadership development, human dignity and respect. We honor Haiti's culture while…

Microsoft to Business Units: Reduce or Pay Up

In less than two months, all direct operations divisions of Microsoft will be forced to reduce emissions or pay the price. But it's not a government organization or NGO who's enforcing the mandate – it's the company itself.

J&J/UNFPA Partnership to Promote Health and Equal Opportunity ennTV #11, 3 of 4

In this special episode of ennTV, learn how Johnson & Johnson approaches corporate citizenship and impacts the world through partnership commitments to global health. One partner, The United Nations Population Fund (UNPF) is dedicating to promoting the rights of every global citizen to health and equal opportunity. You'll hear from Babatunde Ostimehin, Executive Director, UNPF, on the impact Johnson & Johnson resources have had in achieving this mission.

To learn more about…

City Year Greater Philadelphia (CYGP) announced today that Arthur R. Block, Senior Vice President, General Counsel and Secretary of Comcast Corporation, is being honored with the 2012 Idealist of the Year Award at the annual Tribute Dinner on Thursday, May 17th, at 6:00 PM, at the Pennsylvania Convention Center, Philadelphia, PA. Over 1,000 community leaders will join City Year corps members and champions for an…

Vancity’s 2011 Annual Report—Good Money is Changing How We See Wealth—reflects Vancity’s belief that people and organizations can meet their financial goals without trading off the need for healthy communities. This is Vancity’s second fully integrated annual report. It’s available here.

The report provides an overview of Vancity’s business, a summary of strategic risks and opportunities,…

The American Cancer Society is pleased to announce that nominations are now being accepted for the 2012 Corporate Impact Award Series. This award series will honor corporations and a chief executive officer for their engagement and leadership in targeted efforts to significantly impact cancer’s effect in the workplace, contributions to support the American Cancer Society’s fight against the disease, and responsible community involvement – all in support of the Society’s vision of creating a…

Ogilvy Public Relations has launched a new global behavior change practice, OgilvyEngage, to help companies motivate and assist consumers and other stakeholders to adopt socially-beneficial behaviors that are good for individuals, good for society, and good for business.

"Businesses frequently seek to drive awareness of important social issues. But more can be done. What's needed is to move people beyond awareness toward actions that matter which is where behavior change can play a…

This is the company’s first report since the publication of its “Deliver for Today, Inspire for Tomorrow” sustainability plan in September 2011. Built on extensive stakeholder feedback, the plan defines the company’s new sustainability vision, commitments and more challenging targets as it seeks to grow its business…

PepsiCo was recently among 14 top ranked companies to appear on the Norges Bank Investment Management (NBIM) 2011 Water Management Disclosure Rating. The rating identifies companies that are taking key steps in water management and reporting practices. Those companies ranked have been classified by NBIM as having a high exposure to water risk in their operations, and have exceeded expectations in managing and documenting water conservation efforts.…

Write a book in 4 hours with 20 grassroots organizations?—How!?!

Lucia Hass knows how! She shares her recent experience in Myanmar, which she has graciously agreed to cross-post from her site, beads—passion for facilitation. 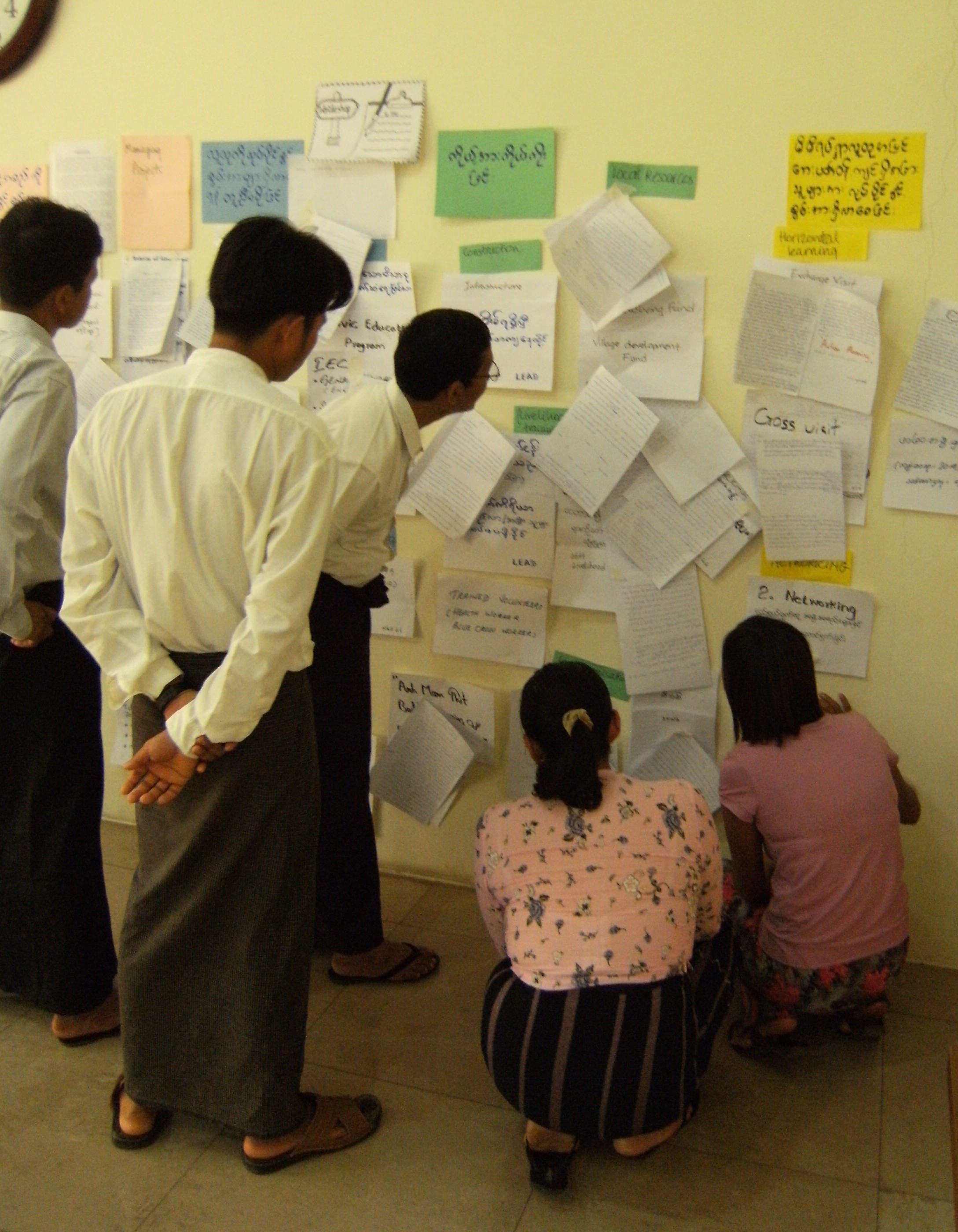 With development loosing political interest in developed nations, It has become even more important that stories of grassroots organizations get told and heard. Local…

Change management is an oxymoron

Change management in my view, like strategic planning, is an oxymoron.

Change initiatives are highly successful when leadership (both as something we do for other people as well as for ourselves) and management, are thought about and acted on in partnership rather than as the one discipline.


People everywhere confuse strategy and planning, two completely different disciplines. Think about the two together at your peril. Strategy is about how and planning about…

Library for Farmers, Garment Workers and other poor professionals [Summary of this blog: We know education and knowledge always act as an asset for everyone’s life. Library can do a big roll for learning. However, our farmers, garment workers and another poor service holders, labors have no opportunity, necessary education and time to access in library. For that reason, now most of them are out of modern knowledge, advantage of science and… A free eBook of African Wildlife Photographs taken by camera trap as part of our ongoing leopard research. Just follow the links to free eBook

Before a well attended Board of Trade of Metropolitan Montreal luncheon, André Navarri, President and Chief Operating Officer of Bombardier Transportation, discussed his perspectives on public transit solutions and the future of passenger rail transportation.

“Based on our global experience, we at Bombardier believe that mobility is the heart of sustainable economic growth and development”, said André Navarri to Montreal economic and business leaders. “We are seeing in most countries…