Microfinance is something true to its meaning , became a mantra all over the world. Thanks to the people who have believed in this phenomenon and paved a way for many to look at it with passion. Why do we need Microfinance? I think with this simple microfinance we may try address some the basic issues of Food , shelter and clothing of those who are deprived over the years. Yes the demand is there, and supply is… Continue

What is the reasonable Family Size?

“I want only two”. The other will tell you, “we have agreed on three children”. In a demography class at Chancellor College in 1997, university students were asked what would be their desired number of children. Some said 2 but almost 75 percent of the class said they want a maximum of four children. No one said ‘1’. One student boldly said “I want seven children”. He was laughed at by the almost the whole class. I liked his boldness because as I look back at his family today, many years later,… Continue

Have you heard of weekeego, the responsible online travel community?

We all hear it on a daily basis - climate changes, save the planet, stop knocking the trees down in the Amazon, enough of hunting the wild animals for their fur and / or skin, travel green...be responsible. If you need to get from one continent to another and your time 'budget' is limited it is rather hard to be 100% - you gotta catch the plane which isn't environmentally as friendly as a train. But the question is what does "responsible travel" exactly mean? Where are the boundaries. Anyway,… Continue

In one of my previous posts I wrote about how companies communicate their responsibility on twitter. I was curious however, to understand what people who tweet about CSR really talk about. I grouped the post containing the hashtag #CSR and created a tag cloud to single out the hottest themes (thanks TagCrowd). The most talked about countries seem to be the UK and China.
The only…

The Rocky Mountain chapter of the Clean Tech Open (www.cleantechopen.com), the nation’s leading clean tech business competition, announced that it has received strong support from the region’s business community, but is seeking additional sponsors for the competition.

VEGA has a fairly active trade project in East Africa, one that is making a considerable contribution. Use the web link here to watch the briefing:

I am looking for visiting professors/lecturers for our institute. Must have relevant qualifications & lecturing experinece with reputable university/college.

Required to take series of between 3- 5 lectures.

Institute is in Lusaka, Zambia

Corporate responsibility and sustainable development, the twin engine of development in the emerging global world, are at high risk in Africa. For someone outside the continent, it will be very difficult to fathom out the degree of depression and hopelessness the people face. However, someone, somewhere must give listening ears to this mass of very energetic and hard working people.
Corruption is the bane of the societies, and it is not getting better. Corruption in all ramifications,… Continue

GLOBALIZATION, HOW FAR, HOW WELL?

The global structural realignment that we have witnessed over the past two decades, commonly referred to as globalization has not offered any viable alternative to the stunted growth of popular democracy. It has neither reshaped the pattern of things nor patterned to reshape the gulf of inequality and un-even development that has characterized the relation among states over time; be it democratically or economically
Globalization is still the… Continue

Greetings to you all.I am very pleased to inform all members and friends that I have won the UnltdWorld(UK) Global Impact BRIC(Business, Resources, Insight and Community) award 2009. It is indeed a great honour and a rare privilege for me to have been nominated for the UnltdWorld Global Impact Award 2009 and to have won the most prestigious award. I wish to thank you all from the bottom of my heart for having voted for me to win the award.

It is a… Continue

Oma, you're going to have to help me. Oma, please help me write this.

I said goodbye so many times, and had the privilege of doing so. And while I knew this was going to happen -- and while I had the luxury to have a woman that supported through the most arduous times at UniversalGiving, being one of my best friends, a confidante,

I was never prepared.

What's the True Impact of Your Employee Volunteer Program? Glad You Asked 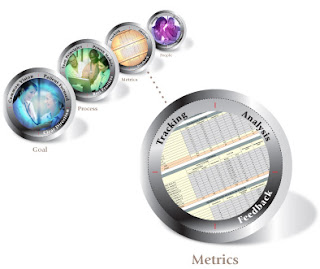 Almost every conversation we have regarding employee volunteer programs involves a vigorous discussion of metrics. Business managers want to determine the value of… Continue

As a development worker and tourist in developing countries, I noticed one common and disturbing theme: POVERTY. For me, poverty is THE development issue. It has been a perennial problem that majority of the world’s population faces. Billions of dollars have been spent on thousands of various poverty interventions. Countless seminars, fora, conferences and conventions have been held to discuss poverty and come up with workable solutions. Technological innovations have focused on increasing food… Continue

Here some information about the Latin American group on Vetiver System in which I am particpating as an asociated directror: His blogspot in Spanisht: http://vetiverlatina.blogspot.com

His discusion group in Goggle in Spanish: http://groups.google.com/group/vetiverlatina

just uploaded presentation on ethical fashion by CEO of leading fashion house in Israel, comme il faut. this presentation was given at an Ethical Fashion conference in Milan in May 2009.
Sybil recently gave an interview here on Development Crossing. you can vew the presentation here:…
Continue

We have just completed the first phase of work to design and set up 20 holistic CSR programmes that help transform Ebute-Metta and the million people who live there, over the next five years. The programme areas are Healthcare, Education, Environment, Empowerment and Community Development.

The work was initiated by LASAA, a Lagos State agency and will be funded by corporate sponsors, managed The Mayflower Foundation.

Read more about it at… Continue

It was my honor to present at the Inter-American Development Bank’s Corporate Social Responsibility Conference 2008, at Cartagena, Colombia, in December. I was privileged to spend the days prior volunteering with a crisis mediation center, an after school program, and a local skills center, which helped women learn how to cook, create and sell crafts, buy their first home, and which also operated as a tutoring center for kids and a retirement home for the… Continue

I had no idea what to expect during my 9 weeks spent in Kenya. I decided it would be best to keep an open mind in order to best handle any situations and experiences that lay ahead of me. All that was certain was that I would be working at MIMA, the micro-finance arm of an organization called LICODEP in a town called Likoni. Shortly after my arrival, I was inundated with a wave of new sights, sounds and emotions. Everywhere I looked it seemed to be chaos with poverty sprinkled in… Continue