Bring Your Film to the Inflatable Big Screen! New Belgium Brewing is Seeking Film Submissions for “Clips of Faith” Tour New Belgium Brewing, maker of Fat Tire Amber Ale, is calling all filmmakers, beer-lovers and videographers! New Belgium’s Clips of Faith is in its third year and searching for short films of the tasty variety.

10 Ways to Liberate the Sustainability Report

According to this Sustainable Business Forum post by Elaine Cohen, GE came out as the overall best company on the SMI-Wizness Social Media Sustainability Index with a score of 93 points, retaining its first place from last year because of consistent leverage of social media channels to advance the…

Ceres President Mindy Lubber explains for Forbes that although investors are ramping up their attention to sustainability, they still lag behind many corporations. GE's Ecomagination program is cited as a prime example.…

On December 31, 2011, America's three-decade-old federal tax credit for ethanol expired, ending a government subsidy that poured more than USD 20 billion into an industry that the New York Times called one of Congress's "most resilient boondogles." Oil companies received a 45-cent-per-gallon tax credit to blend ethanol into gasoline, costing American taxpayers between USD 5-6 billion a year.[1]…
Continue

AMD (NYSE: AMD) was named by Corporate Knights to its inaugural list of the S&P 500 Clean Capitalism Ranking, placing among the top twenty companies to be recognized. Corporate Knights, which defines “clean capitalism” as “responsible, resource-productive and socially just”, employs a transparent, quantitative methodology to compile its ranking, evaluating…

VolunteerMatch Solutions: Where are All the Super Bowl Cause Campaigns?

Along with millions of other Americans, I eagerly sat down on Sunday, February 5th to watch Super Bowl XLVI — and by “Super Bowl,” of course, what I really mean is…
Continue

The Santa Barbara Film Festival is increasingly becoming a major stop on the worldwide film festival circuit.  Every year the event expands in scope and attracts some…
Continue

Solar Energy for 33 Million in Africa and Asia

Up to 33 million people living in poverty in Africa and Asia will gain access to low-cost solar energy by 2016 following a commitment made by solar power provider ToughStuff to the Business Call to Action (BCtA) today. The BCtA is a global initiative that encourages private sector efforts to fight poverty, supported by several international organizations including the UN Development Programme (UNDP).

With headquarters in Mauritius and…

Business Sustainability Resolutions – Keys to Getting Stuff Done in 2012

Press releases used to share information about companies' corporate social responsibility (CSR) programs will add value to shareholders. It has been proven many times and just recently CSRWire released another study by using their own database of press releases. Last summer, as our economy showed little sign of improvement, a group of dedicated MBA and MPA students were quietly sleuthing out real value for U.S. companies, cities and universities.  Through Environmental Defense Fund’s Climate Corps program, 96 fellows found ways for these organizations to save $650 million while avoiding hundreds of thousands of…

This Valentine’s Day, take Microsoft’s lead: Cater to Individuality, Tap Into Passion, and Be Extravagant. Follow the philosophy of a company that intends to change the world – and you just might change your world too. 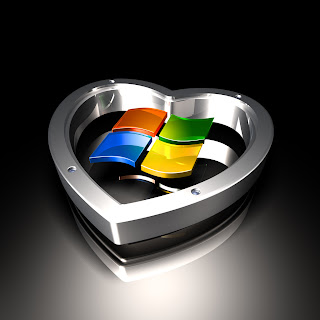 As long as people keep falling in love, Valentine’s Day will be a source of…

We don’t talk about our hearts nearly enough in international aid and philanthropy. But this Valentine’s Day seems like a good time to do so. Our hearts draw us to this work, and if we keep them open enough, they are what tie us to this work when the frustrations and obstacles seem insurmountable.

A community leader and member of the Winnebago Tribe of Nebraska,…

Business and Sustainable Consumption: Is There a Contradiction?

"getting consumers to change their habits is difficult, particularly if it costs more"  from Sustainability: Science, Practice, & Policy: "Business and Sustainable Consumption: Is There a Contradiction? "

Together with its long lasting values of high quality and craftsmanship, Gucci - a SAI Corporate membersince 2007- applies the principles of social, environmental and economic sustainability to every area of its business. This article specifically reports on several 2011 actions.…