"Renewable Energy" in the Philippines

The Philippines' Dep't of Energy (DOE) has issued out the DRAFT of its Implementing Rules & Regulations (IRR) for the country's RA9513 - "The Renewable Energy Act of 2008". Reading the Law & its IRR, it is clear that Government wants lesser dependence on dirty Fossil Fuel by encouraging the Private Sector's speedy development of available "Renewable Energy (RE)" Resources - and RE countrywide distribution to benefit all inclusive of off-grid Missionary Areas. The Government's… Continue

my blog can be found at

From Small (and Medium) Acorns

Approximately 99% of businesses in developed countries are small or medium sized.

I was astounded when I first learnt this fact, and now I think about it, it set me on my current path with Coethica. At that moment I was working closely with Business in the Community during my time at Everton Football Club and verged on being obsessed with this newly discovered CSR thing. After a little midnight researching I was further amazed at the lack of support and apparent motivation to… Continue 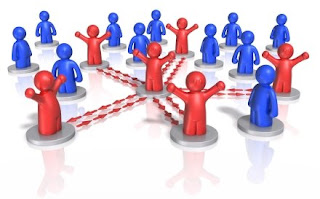 I write this blog with three groups in mind; volunteers, non profits, and companies with volunteer programs. For these three audiences, social media continues to expand its importance, taking a central role in the success of any volunteer endeavor. I blogged about this last month -… Continue

Tropicana is moving back to their original packaging. I was shocked when I went to the grocery store when they first unveiled the new design and I wondered where all the Tropicana went and then that is when I saw the failed attempt at a new logo.

It seems like the biggest complaint among consumers was that the new packaging made it look like a generic brand, and also "de-emphasized the type of juice inside." Tropicana is bringing back the classic orange pieced by… Continue

With consumers becoming more "green", they seem to be becoming more aware of sustainable packaging according to BrandWeek. Despite it not being a major turn off, consumers are looking for companies to incorporate green practices.

“Consumers are increasingly aware of the back-end—where it goes when it enters their home and after they touch it,”… Continue

CSR and the 4 Ideals of Socially Responsible Leadership

The idea that it is the responsibility of leadership to come up with new ways to create value so good, hard working people can keep working takes a good dose of both courage and creativity, but that’s what Corporate Social Responsibility is… Continue

Cooperatives in the Philippines

Until the new COOPERATIVE Law (RA 9520) takes effect, any group of at least 15 Filipinos (with the legal Capacity-to-Contract) may form themselves into a Private Enterprise and legitimately engage in business - under the Supervisory Function of the Cooperative Development Authority (CDA) which reports to the Office of the President. Despite the many incentives provided by Government to CDA-registered Cooperatives, it is sad to note that majority suffer a high mortality.… Continue

A Kintu Introduction, by Tara Clerkin

Living with a host family has been one of the more interesting parts of my time here in Uganda, and the best way to fully experience Ugandan culture. There is no better way to fully understand a different culture than getting to know local people on the deep level that you do when you live with another family for two months. Not only do you have the opportunity to eat white ants and other local dishes, but also you get to experience the culture and all the traditions, such as women… Continue

INTRODUCTION:
Center for African Learning and Development (CALD – Kenya) is a trust established in Kenya that promotes the use of Information and Communication Technologies (ICT's) toward… Continue

(I just joined here on the invitation of Jan Servaes. I'm lecturer at Durakit Pandit university in Bangkok, and work with Richard Hames on the Asian Foresight Institute, as well as working for the P2P Foundation in my free time; currently interested as a 'newbie' in CSR, because I've been asked to see how to reform traditional MBA curricula into a triple bottom line compatible one)

Here's an older text, on what peer to peer dynamics mean for 'development',

Does Corporate Social Responsibility Affect the Bottom Line? Yes....and No 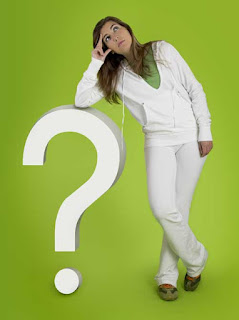 Corporate Social Responsibility is not an option. Even companies with poor CSR performance rankings are scrambling to get it right. This may become the most important business strategy on the horizon.

The question everyone is asking

Not Just an Errand?

Many of us may feel that we have much to do each day. And the list prevails. We make the list, we cross off the list, and we feel accomplishment in doing so. I'm not sure there is anything wrong with this largely American mindset and thriving on productivity. Yes, it's a good feeling to knock off your list and feel you got things done! I admit it for myself.

But so much of what we do is just carelessly floating through, burning through time. It's a much more precious commodity,… Continue

One of the main ministries I has been advocacy and hospitality work
for the homeless. I have been actively involved with this work fo
30 years.

I am posting this very urgent appeal here, because the U.S sufffers something
of a social schizoid - being the wealthiest and one of the most powerful Nation -
her National debt, inflation and puritanical selfishness has madw like a third world
country desperately needing to redefine her role to the rest of the world.… Continue

The Opening is HERE!!

In case you hadn't heard, Josh will be on The Tonight Show on Monday:)
LA Times writes today: 'Fuel' to the fire of oil addiction

"Fuel" is a vital, superbly assembled documentary that presents an insightful overview of America's troubled relationship with oil and how alternative and sustainable energies can reduce our country's -- and the world's -- addictive dependence on fossil fuels.

The world has changed. Even in this economic downturn corporations are being pressured to adopt socially responsible and sustainable practices. But how much should business be responsible for? And where are the lines between business, government and non-profits?

I am trying to figure something out.… Continue

We have noticed the fund crisis in India especially in the state of Uttar Pradesh, what happend here that initialy poor have been provided loan support to increase thier livlihood, but due to some bad experiene of the MFIs, they had stopped disburmenet in the locality, hence even genuine clients are not able to acces the fund and it had negative impact over thier financial situation, as they have enhanced thier working area, but now due to lack of fund, they are not able to maintain thier… Continue

Dear friend of the Environment,

FUEL, the movie that ROCKED SUNDANCE receiving 11 standing ovations and called by Robert Redford the “DEFINING ENVIRONMENTAL MOVIE OF OUR TIME” is opening in Los Angeles for a one week limited engagement starting on Friday Feb 13. FUEL is a powerful, passionate call to action to change our corrupt political system, kick out the Republicans who are gutting Obama’s energy bill (did you know they already put in $50 Billion for coal and nuclear, and ripped… Continue

Luxury Troubles. It’s the Treo that doesn’t work. The camera upload of photos that malfunctions even when you’ve followed the directions four times. Maybe it’s the driver that is much too slow (but if you drove the speed you wanted to, you’d likely only save 3-4 minutes)…. and it’s the co-worker or family member who makes a comment about your hors d’oeuvres, your hair, or your significant other.

But they are not really troubles. You’ll have nearly 90 million going to bed hungry… Continue