How Volunteering Changed My Life: An Interview With Chris Jarvis 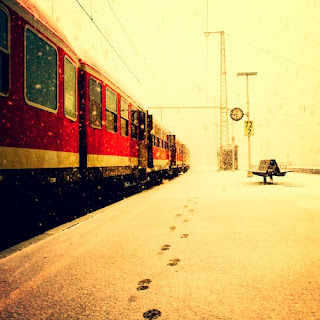 Everyone has a story. Call it a journey, an… Continue

Where chaos begins, classical science stops. There has always been ignorance about disorder in the atmosphere, in the turbulent sea, in the fluctuations of wildlife populations, the oscillations of the heart and brain...

Classical (western) science is the science of logic, of linearity, of definitions... We believe that where 'classical science stops', the real fun begins. We want to explore the chaos of ideas that try to depict this adventurous… Continue

Immediately usable strategies and tactics for personal and business sustainability

I read a great book over the recent holidays, Strategies for Sustainability - A Business Manifesto by Adam Werbach the Global CEO of Saatchi and Saatchi S.

I read this book from cover to cover in one sitting and have been back to it several times. It now has a permanent place on my desk. I liked the idea presented of helping people create personal sustainability projects as a key to their work.

This blog was originally posted at the Thought Rocket blog, The Greatest Thing.

It’s easy to be outraged at the incompetence and greed apparent in business leadership. Titanic ethical failures like Enron, failures in judgment by General Motors and greed-induced insanity by our major financial institutions have caused millions to suffer. Leadership failure is so bad the Economist magazine reports that only 2% of… Continue

A new study titled MapChange 2010 shows that major North American brands are still not hitting the consumer mark when it comes to sustainability.

The study incorporates both actual measurements on climate change action being undertaken by over 90 companies across North America, and perception measurements of these companies’ actions by consumers. Companies include category leaders such as Coca-Cola, Groupe Danone, Nike, Gap, P&G, L’Oreal, Microsoft and Amazon.com.

THE PHILOSOPHY BEHIND THE CONNECTION PRINCIPLE

SICU is like a living organism. In the end of every nerve fiber, there are individuals, who are connected with the nerve center, the processor.

Both individuals and organizations have inspiration, ideas, knowledge, experiences, resources and passion. Thousands of people who are independent, but interconnect, can collaborate as a “living organism”, and with short bursts of energy produce potentially higher outputs of value as they… Continue

Did Social Media Prove Its Worth In Haiti?

The recent tragedy in Haiti affected people all around the world. Communication was imperative but not readily available. Friends and families couldn't verify who was safe, relief groups were unable to organize properly, and Haiti was unable to help themselves recover. Governments and disaster relief groups rushed to help any way they could. However, the damage was done.

Help was needed and social media answered the call.

Corporate Volunteering: Top 7 Requests and the Bad, Better and Best Responses (4 of 7)

Companies want to engage their communities through employee volunteering programs. For most, this means calling a non-profit and scheduling an activity. But how should non-profits respond? Is there a “best” answer for everyone? (Part 4 of 7)…

I hear a lot of talk about life/work balance and I think most of it is nonsense.

The word balance for me implies equal. I prefer the word harmony, therefore life/work harmony.

My personal and business life are not equal or in balance and are never likely to be.

They are in harmony with one another, that is, they work together like a symphony, two sides of the same coin

Here are my 11 laws of life/work harmony. I trust they will help you live a more… Continue

A Boston College survey of more than 300 North American companies in a variety of industries reveals that despite the economic crisis, businesses have forged ahead with community involvement efforts as part of a continued commitment to corporate citizenship.

Released today, “Staying the Course -- The 2009 Community Involvement Index” is a biennial survey conducted by the Boston College Center for Corporate Citizenship that asks about companies’ community involvement programs,… Continue

For several years now, Advocate of Philippine Fair Trade, Inc. (APFTI) and its partners are actively pursuing the cause for sustainable development and alleviating poverty in the country side by strengthening and enforcing previous commitment to build domestic market for fair trade. Today, the Fair Trade Shop – Philippines is already a reality.

Lately I’ve been teaching leaders about sustainability (see The Top 10 Things Every Leader Should Know About Sustainability). A good working definition of the term is “to act so that what you do today does not diminish others’ chances for achieving equal goals in their future.” Another way to say it is, “Don’t be a greedy jerk.” You see it’s… Continue

10 Top Things Every Business Leader Should Know About Strategic Sustainability

1. Sustainable Abundance is good for business. Every product and every service needs to be re-invented to create a sustainable future. This is the greatest economic opportunity in history. (Consider automobiles, light bulbs, airplanes, energy…. everything.)
2. High Sustainability Standards and Maximizing Human Benefits can generate “leapfrog” designs to invent new products and new business models. (Toyota was creating the Prius while other car companies slept.)
3.… Continue

One of the great champions of proving the business case for sustainability Ray Anderson of Interface gives some of the insights he and his people have gleaned in climbing what Ray calls Mt. Sustainability


Be remarkable
Ian
Founder Differencemakers Community
Partnering passionate people to change what’s normal for the good of people, our planet, and for… Continue

The Climate Counts Company Scorecard provides people with an objective, balanced way to gauge which of the worlds' most well-known consumer companies are seriously committed to reversing climate change -- and which ones are not. This annual effort scores the leading companies in major consumer sectors, on a scale of 0 to 100, on their practices to reduce global warming. The higher the score, the greater the company's commitment to reversing climate change.

Corporate Volunteering: Top 7 Requests and the Bad, Better and Best Responses (3 of 7)

Companies want to engage their communities through employee volunteering programs. For most, this means calling a non-profit and scheduling an activity. But how should non-profits respond? Is there a “best” answer for everyone? (Part 3 of 7)…

· A Google search on the keywords “Iran election protests,” returns more than five million (5,740,000 to be precise) results.