For almost seven weeks, I have had the privilege of spending every day with the women of Mi Perrito Cooperative in Villa Elisa, Argentina. Through my internship, I have had the ability to see the trials and tribulations that face start up business in impoverished communities. I have also witnessed the power of community support as the women of the cooperative have tried to create a successful project with the hope of providing not only for their families, but for the improvement of… Continue

A New Generation of Leadership

You don't have to look hard to notice that our Country is experiencing a crisis of leadership. Pick up any newspaper and you'll find dozens of articles recounting the latest leadership shenanigans marked by self-interest masquerading as capitalism. Blagojevich, Madoff, Thain... And then there are the companies that continue to blunder their way through, only to make matters worse. Microsoft posts a $14.7 billion profit, lays off 5000 workers, and then wants props for maintaining its employee… Continue

Did Corporate Social Responsibility Cause the Financial Crisis? 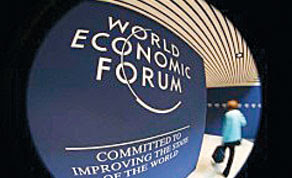 Peter Foster, a columnist for a Canadian newspaper, the National Post, caught my attention with a article reviewing the recent World Economic Forum held in Davos, Switzerland. The WEF is a Swiss NPO looking to inculcate Corporate Responsibility into business practices around the world. Their motto is ‘entrepreneurship in… Continue

Sharon Drew Morgen here. As a kickoff to my new book that gives sellers tools to help buyers make business decisions in this uncertain economy – HOW MANY HANDS ON THE ELEPHANT – I’m planning a world tour. My hope is that between us, we could figure out a way to create a half-day workshop to *introduce ways to help clients or staff successfully manage this mysterious economy *help customers learn some new decision strategies *expand our business opportunities * use the… Continue 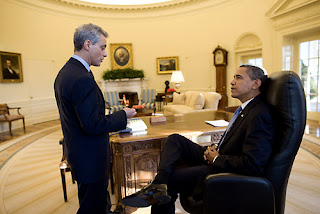 Just in case you didn't make it to the GoGreenEXPO, you can see what you missed on my photoshow:
www.TamaraHenry.blogspot.com
CTNGreen asked me to be a green correspondent for them!!

This is Dr Brady Hurst, a functional practitioner and clinical neurologist advising you, on our behalf, of the product. Please go directly to our AVIF Blog articles for full details and videos of putting Clo2 into Kenya and Malawi. This is a controversial product and I welcome your… Continue

The Center for Constitutional Rights is dedicated to advancing and protecting the rights guaranteed by the United States Constitution and the Universal Declaration of Human Rights. Founded in 1966 by attorneys who represented civil rights movements in the South, CCR is a non-profit legal and educational organization committed to the creative use of law as a positive force for social change.

The report for the fund’s performance dropped into my mail box on Jan 13th. With all the news in the media about various funds performance, the meltdown of various financial instruments markets and the imminent recession in most of the world, I was far from confident about my portfolios performance.

Shares I had bought a number of years back had been performing exactly according to the funds predictions for the past five years, the length of time I have had the shares. Well to be… Continue Dear Eco Friends,
Join us to celebrate the Oscars this year!!

The economy is making out-of-reach events within reach!!
These sponsor tables usually sell for $25,000 every year... but
this year… Continue

My former student, Jason Buhi, has recently written an excellent and provocative working paper on Sovereign Wealth Funds. He will be publishing the final version of the essay soon. It may be accessed at my essay site: http://lcbackerblog.blogspot.com/2008/12/guest-essay-jason-buhi-on-sovereign.html.

2009 will be another bleak year economically, more so for the North (USA, EU, Japan are topmost). The recession that began with the subprime mortgage bubble burst in America in 07, will ensue with even mightier turbulence, as there are no coherent policy solutions of a strategic nature that can salve the economic ailment on a global scale.

As already articulated by this economist/analyst in various articles,… Continue

You might find Justmeans.com valuable. We blog there about social enterprise and develoment finance. www.justmeans.com

You are invited to visit our Travel Blog, http://socialenterprise.net/travelblog.html

This 'Travel-Blog' provides musings and travails on visits to far off places touching on international development, learning about other cultures, and reflecting back upon our own. Submissions welcome that share humor, engagement, and advance understanding for a better tomorrow.

Garrett Wyse, economist, journalist, and international activist and also VP Global Development for our organization, MicroVenture support (see: www.muicroventuresupport.org) and I published a short white paper on this site (and other places) titled: Microfinance and Philanthropy, The New Realities in the early days of the Banking and credit crisis.

In the paper we predicted that, "...an investment in a developing country SME will return more and be safer than a corresponding… Continue

Modern Israel had ceased to be an underling state that it used to project itself during its early historic phase. It had grown into a regional power, its military might made possible by massive infusion of western aid and the economic prosperity resulting from that external intervention. It has 300 nuclear warheads, per intelligence reports and revelation by former US president Jimmy Carter, and is a key pawn of the Western… Continue

How will the graduating class of 2099 answer these vexing questions?

As more and more people around the world come to understand the dire
circumstances we are in regarding climate change and global warming, a
climate activist with a passion for public awareness campaigns has
penned what he calls a "Virtual Graduation Speech to the University
Class of 2099", with a subtitle of "Forget Sunscreen: Prepare… Continue

The One Percent Solution: How We Can All Save Our Future

We are living in a puzzle of paradox. On the one hand we are staring at the single light of an oncoming train barreling down the tracks of a collapsed economy. On the other we are giddy with optimism that President Obama’s leadership will usher in a new era of inventive solutions that will bind us together in a new future. As recent national New York Times/CBS News Poll declares, 80% of Americans believe Barack Obama will lead us to responsible prosperity and world peace. Wow. That’s hope on… Continue

Culture is a powerful thing. It can make your company smart or stupid. Microsoft yesterday announced the layoff of 5000 people because it can’t find anything productive for them to do. It should be remembered Microsoft is not fighting for its life. It actually reported a profit of $4.17 billion. I am of the firm belief that the foundation of Corporate Social Responsibility is that competent, committed employees should not be fired while a company is profitable. It’s even more outrageous when… Continue

Entrepreneurs in Likoni, by Mary Paul

When I first arrived at Likoni Community Development Program (LICODEP) I was not sure which direction my internship would take. Located just south of Mombasa, Likoni is a bustling community with a rich culture and a diverse set of development issues. LICODEP is the flagship community development organization in the area and they work on issues ranging from advocacy to public health to microfinance. After several weeks of observing and trying to find my niche, I decided the way in… Continue